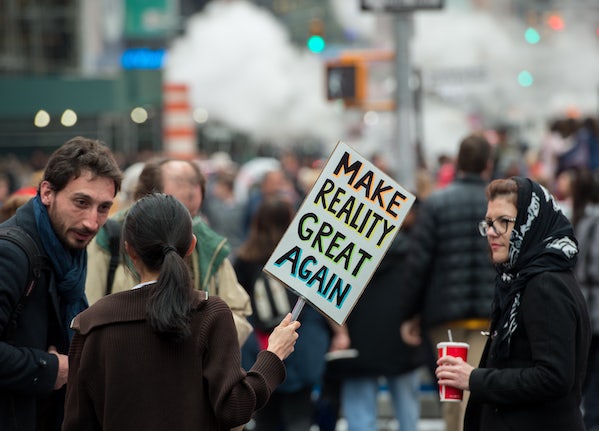 There are 91 entries on Columbia Law School’s “Silencing Science Tracker,” a searchable database released Friday that intends to document every instance of information censorship or restriction since President Donald Trump was elected. If this is an accurate tally, that means there’s been some kind of attempt to limit government scientific information once every week in Trump’s America.

The online resource is a joint project of Columbia’s Sabin Center for Climate Change Law and the Climate Science Legal Defense Fund, a non-profit originally created in 2011 to defend scientists from what at the time seemed like the biggest threat facing the climate science community: legal attacks against individual scientists by conservative groups. The group’s priorities have shifted somewhat since Trump’s election. “Political and ideological attacks on science have a long and shameful history, and such attacks are the most dangerous when carried out or condoned by government authorities,” said Lauren Kurtz, CSLDF’s executive director.

To be included in the Silencing Science Tracker, a federal government action must have the effect of “prohibiting scientific research, education or discussion, or the publication or use of scientific information,” the site says. The tracker divides actions into six broad categories, and includes Trump’s appointments of unqualified nominees to science-related posts, the removal of various climate references from executive agency websites, and suspensions on scientific research. The category with the most entries is “government censorship,” which includes 40 instances when the administration changed website content, restricted public communication by scientists, or made data more difficult to access.

Trump isn’t censoring all government science, though. This week, NASA released global temperature data showing 2017 to be the second-hottest year on record.