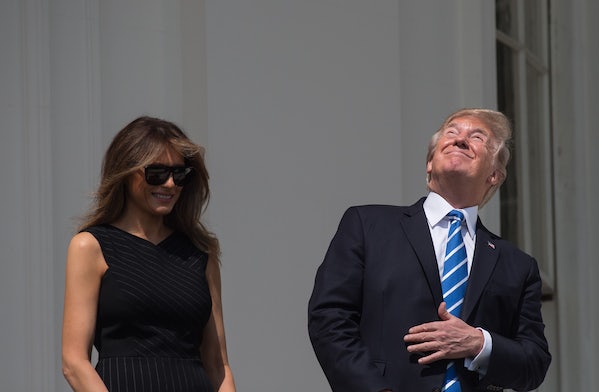 As the Senate voted on a measure to re-open the government on Thursday, the Trump administration announced it would impose tariffs of 30 percent on imported solar panel equipment, a move that will essentially make it very expensive for Americans to buy the products from Chinese companies. That’s alarming to most renewable energy advocates, since America’s ability to get inexpensive solar panels from China is partially why America has seen stunning increases in solar-powered electricity generation over the last decade. At least 40 percent of solar panels used in America are Chinese-made.

Trump’s decision stemmed from a complaint filed by SolarWorld and Suniva, two foreign-owned solar panel manufacturers that operate in the U.S. In a petition filed with the U.S. International Trade Commission in June, the companies argued that China’s dominance in the American solar equipment market constituted unfair competition. The ITC agreed, and in October recommended Trump impose tariffs of 10 to 35 percent on Chinese solar products.

“The tariffs requested by Suniva would more than double the price of solar panels in the U.S., undercutting the cost-competitiveness of solar and reversing its high growth trajectory,” a group of 27 manufacturers wrote in a letter to the International Trade Commission in August. “We would be forced to cut our operations, seriously endangering manufacturing jobs at our factories.” The Solar Energy Industries Association, the solar industry trade group, estimates that 88,000 jobs in solar could be lost—more jobs than the entire U.S. coal industry. (The solar industry currently employs about 260,000 people; the coal industry employs about 80,000 people.)

Many conservative Republicans were also opposed to tariffs for various reasons; some argued that Trump shouldn’t stifle a growing industry, while others, like Fox News host Sean Hannity, said tariffs would constitute a “bailout” of SolarCity and Suniva. In the hours immediately following Trump’s decision, however, it’s mostly renewable energy groups and environmentalists who are yelling into the void.