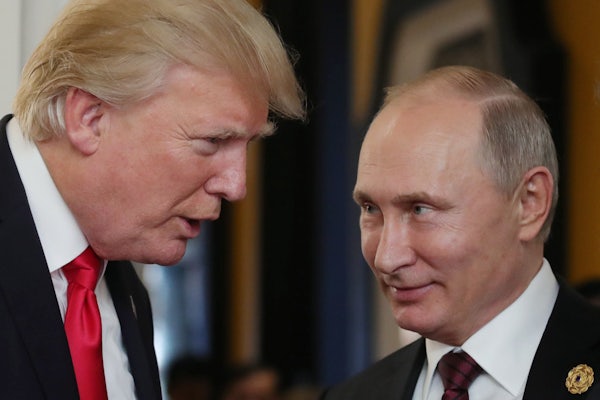 The DNC’s Russia lawsuit goes where Mueller hasn’t (yet).

The Democratic National Committee’s new lawsuit accuses the Trump campaign and Moscow of working in concert to undermine Hillary Clinton’s 2016 presidential bid, releasing embarrassing documents stolen through cyberattacks. It’s a familiar claim to those who’ve followed the Russia investigation for the past 18 months, but it’s also one that special counsel Robert Mueller hasn’t made—so far.

But the special counsel’s office hasn’t yet taken action publicly on the seminal act of Russian interference: cyberattacks against the DNC and Clinton campaign chairman John Podesta in 2015, followed by the releases of stolen files at key moments during the campaign. The embarrassing contents helped topple DNC chair Debbie Wasserman-Schultz on the eve of the convention and damaged Clinton’s standing among Democrats who supported Vermont Senator Bernie Sanders.

The party’s 66-page complaint, filed on Friday in a federal court in Manhattan, tries to fill the gap left by Mueller to date. It draws from news reports and Mueller’s indictments so far to draw connections between Trump, his inner circle, WikiLeaks, and a constellation of Russian officials and oligarchs, all to accuse the president of committing “an act of previously unimaginable treachery.”

Taking a president and his campaign to court for criminal activity isn’t without precedent: The DNC sued Richard Nixon’s campaign for the break-in at the party’s Watergate headquarters, eventually receiving a $750,000 settlement in 1974.