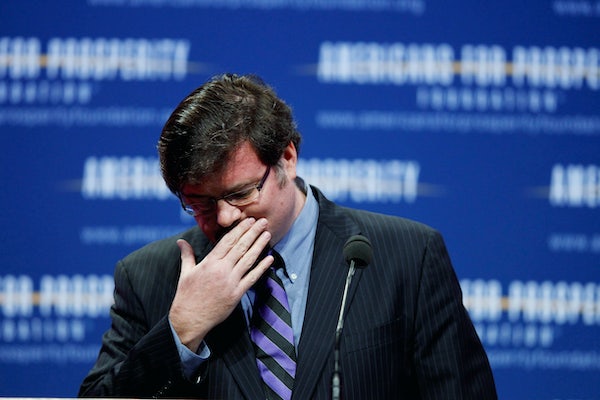 Jonah Goldberg is receiving loud hosannas, especially from fellow Never Trump conservatives, for his latest National Review column decrying how both the left and right deal with immigration. In truth, there is much to admire in the column, particularly Goldberg’s incisive critique of nativists who dehumanize immigrants:

Today the conversation about immigration is so toxic in part because we poisonously disagree about what it means to be an American. Thanks to the identity politics of the Left and the Right, immigrants are increasingly cast either as imported victims ready-made to join the Coalition of the Oppressed or invading “takers,” “rapists,” and even “animals.” If White House adviser Stephen Miller has his way, the children of immigrants would be seen as a terrorism threat, which might explain why the Trump administration is snatching babies from their mothers at the border.

Yet this argument rests on false equivalence. Even if we stipulate, for the sake of argument, that the left has been using immigrants as props in a culture war, that is surely a venial sin compared to the obscenity of “snatching babies from their mothers” because you see those children as a potential terrorists.

Goldberg is here executing a common feint among Never Trump conservatives. He is taking a position agreeing on a fundamental level with the left (that immigrants should be seen as humans and potential American citizens) but still making a few jabs at progressives, maintaining status as a card-carrying conservative.

Goldberg’s column is symptomatic of the way National Review now exists in perilous territory between the left and the right. On a few keys issues, notably the controversy over the firing of Roseanne Barr, the magazine is leaning closer to moderate liberals than to the Trumpian right. But whether to keep up appearances or for other reasons, they couch arguments within a pox-on-both-your-houses framework.