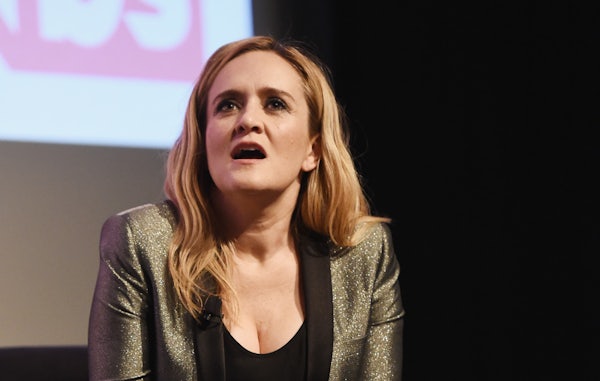 In comedy, timing is everything, as Samantha Bee is discovering amid the outrage over an offensive joke on her show Full Frontal about the president’s daughter. “Ivanka Trump, who works at the White House, chose to post the second most oblivious tweet we’ve seen this week,” Bee quipped. “You know, Ivanka, that’s a beautiful photo of you and your child, but let me just say, one mother to another, do something about your dad’s immigration practices, you feckless cunt!”

After the episode aired, Bee issued a quick apology, stating, “I would like to sincerely apologize to Ivanka Trump and to my viewers for using an expletive on my show to describe her last night. It was inappropriate and inexcusable. I crossed a line, and I deeply regret it.”

Bee’s comments would be provocative at the best of times, but were especially incendiary given that actress Roseanne Barr recently lost her sitcom after sending out a racist tweet. Against the backdrop of Barr’s firing, Bee’s own insult became natural fodder for partisan theater.

Conservatives were quick to decry a double standard:

Meanwhile, liberals emphasized the difference between Bee’s comments and Barr’s:

The true commonality between the Barr and Bee controversies is both show that American politics is increasingly dominated by television, as befits the era of a reality TV president. Although real world news continues to happen (shooting wars and trade wars, hurricanes and scandals), television is now a major front for ideological contest. By insulting Ivanka Trump at a moment when the political right was looking for tit-for-tat retaliation, regardless of whether the joke would have been productive or appropriate under any circumstances, Bee made the wrong joke at the wrong time.