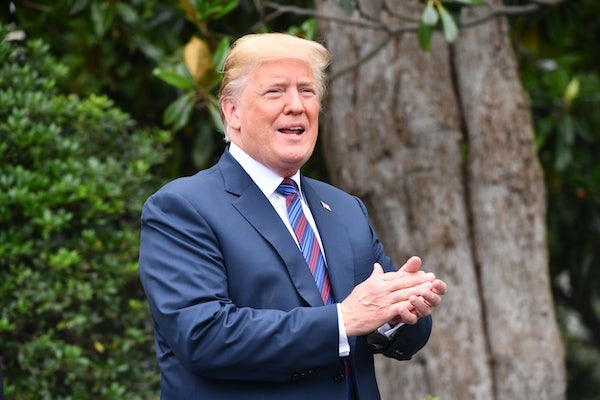 Did Trump tell anyone about the jobs report before he tweeted about it?

On Friday morning, Trump tweeted that he was “looking forward” to the jobs numbers that were scheduled to be released later that day. Investors, many of whom built models devoted to tracking the president’s Twitter feed months ago, quickly read the obvious subtext—that the numbers were very good—and jumped into action, juicing Treasury yields and sending the dollar climbing in response.

The jobs numbers, like other pieces of classified information, are closely guarded and are not supposed to be released in advance. Journalists who have access to early figures are not allowed to use electronics when they receive the numbers, and decades of precedent have kept the president, and other high-level officials, quiet about the numbers as well. The jobs figures move markets, as Jeet Heer pointed out earlier today, and early access to that information would be enormously valuable to traders.

Much of the early response to Trump’s tweet focused on Trump’s habit of breaking with precedent and decorum. But it also raises another question. Trump got information about the jobs report on Thursday evening, well before he publicly commented about it. We know that he often spends several hours on the phone every night talking to various rich guys. We also know that, back in March, one of those rich guys, Carl Icahn, dumped millions in steel stock right before the president announced steel tariffs.

Trump tweeting about the jobs numbers is a serious breach of protocol, but not one that privileged specific interests over others. If Trump discussed the jobs report with his friends before the markets opened, that’s a different story.