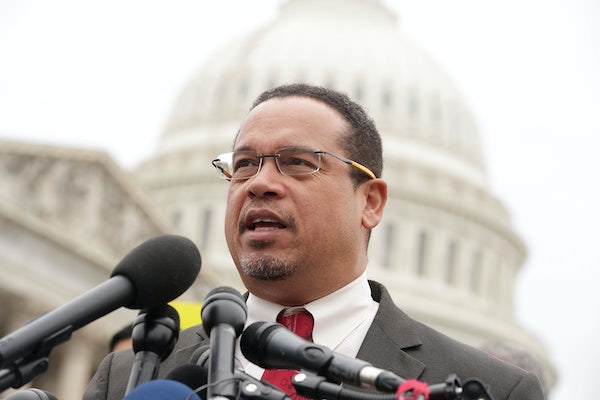 Ellison, a rising star in the House known for his stalwart progressivism, announced on Tuesday that he planned to withdraw his candidacy for re-election to Congress. Instead, he launched a campaign to become Minnesota’s attorney general. He will remain deputy chair of the Democratic National Committee, where he has reportedly struggled under the shadow of Chairman Tom Perez.

If Ellison sees the position of AG as a path to higher office, he would hardly be the first, as Mic’s Andrew Joyce reported on Tuesday:

On Tuesday, Zephyr Teachout announced that she would be running to replace Eric Schneiderman as New York’s attorney general.

There’s another possibility as well, which is that politicians are increasingly seeing a gridlocked Congress as a dead end when it comes to getting things done. At the municipal level, left-leaning district attorneys like Larry Krasner have been able to immediately and substantively change harsh policies that put poor people of color in jail at disproportionate rates. At the state level, attorneys general similarly wield major influence over policy. They’re often the surest safeguards for labor rights, as the Economic Policy Institute noted in a May report. They can place some buffers between immigrants and U.S. Attorney General Jeff Sessions and shore up state anti-discrimination law. When Ellison tweeted that he intends to be “the People’s Lawyer,” he may well have had these facts in mind.