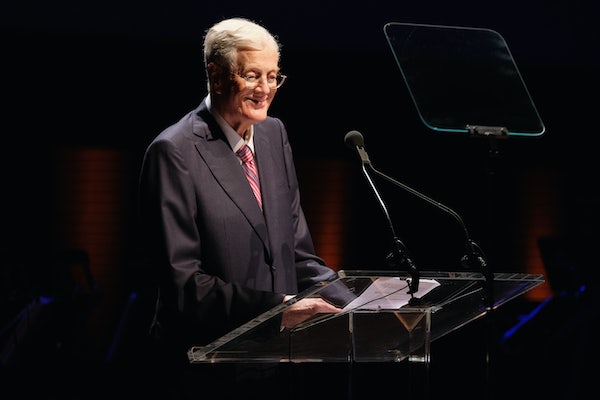 The Koch Brothers are the Cain and Abel of plutocratic politics.

Earlier this week, David Koch, one half of the ridiculously wealthy Koch Brothers team that has funded so many libertarian and Republicans causes, announced he was stepping down from his leadership role in Koch Industries. The decision was hardly a surprise, since David Koch is 78 years old and has been battling cancer for 24 years. But aside from health issues, there seems to be some personal drama at work. According to a report by Jane Mayer in The New Yorker, older brother Charles Koch, age 82, forced his younger sibling’s withdrawal from leadership in both the company and their extensive dark money network that funds political activity.

“Charles pushed David out,” one Koch associate told Mayer. “It was done with a wink, and a nod, and a nudge.” Another source offered the same story, telling The New Yorker that “Charles had been pushing him out for quite some time. David kept resisting. It was bad. Charles took control.”

This is not the first time fraternal intrigue has divided the family. Frederick Koch, the eldest brother in the family, alleges that after their father died in 1967 Charles tried to use “homosexual blackmail” to force Frederick to sell his shares of the company business. “Charles’ ‘homosexual blackmail’ did not succeed,” Frederick told Mother Jones in 2014, “for the simple reason that I am not homosexual.” (Charles Koch denies these allegations.) Another sibling, Bill, who is David Koch’s twin, has also wrestled for control of the company with both David and Charles.

Of the team of David and Charles Koch, Charles has always been the more cerebral one, living far from the limelight in Wichita, Kansas. He has deeply imbibed libertarian philosophy, which is his chief passion. David, a more multi-faceted figure, has been more diverse in his interests, which include the arts. Now all the vast resources of the two brothers are in the hands of Charles.

The unfolding Koch drama perhaps illustrates the logical endpoint of libertarianism as a philosophy of extreme individualism. After all, what could be be more individualistic than trying to bring a vast fortune and political machine under the control of one man?