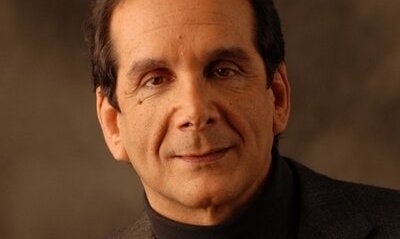 Krauthammer, the Washington Post columnist who has been fixture on national policy debates since the 1970s, has written a note explaining that the cancer he had removed last August has returned and doctors have told him he has only a few weeks to live.

Born in New York City in 1950, Krauthammer attended medical school at Harvard and worked as a psychiatrist before becoming involved in politics. He moved to Washington, D.C., in 1978 to take a job directing psychiatric policy for the Carter administration. The following year, he wrote his first article for The New Republic. In 1981, he became editor and writer for our magazine. In that capacity he was one its defining voices in the 1980s.

In the 1970s and early 1980s, Krauthammer was very much a Cold War liberal, in the manner of his hero Senator Henry “Scoop” Jackson. Still, a Democrat Krauthammer worked as a speechwriter for Vice-President Walter Mondale in 1980. But during the the 1980s, the tug of his foreign policy hawkishness pulled Krauthammer to the right.

Krauthammer found a wide audience as an eloquent neo-conservative. He became a writer for Time magazine in 1983 and a columnist for The Washington Post in 1985. His Post columns won him a Pulitzer Prize in 1987.

During the rise of Donald Trump in 2015 and 2016, Krauthammer became increasingly critical of the popular Republican candidate and an outspoken proponent of Never Trump conservatism, supporting Hillary Clinton for the presidency, albeit reluctantly.

“I leave this life with no regrets,” Krauthammer writes in his farewell note. “It was a wonderful life — full and complete with the great loves and great endeavors that make it worth living. I am sad to leave, but I leave with the knowledge that I lived the life that I intended.”

Here is Krauthammer’s reflective piece on civic religion. And here is his provocative and thoughtful 1991 essay on the United States’ role abroad: “The Lonely Superpower.”