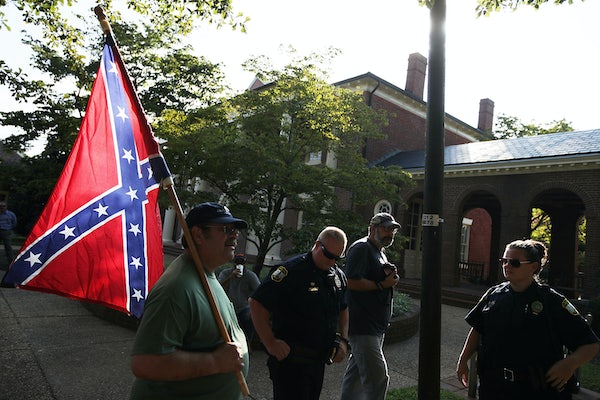 The Republican Party is becoming Trumpier and Trumpier in the primaries.

Tuesday’s primaries reinforce the major political story of the last three years: the Republican Party is becoming more and more Trumpized. The two bellwether elections were Corey Stewart’s victory in Virginia, where he will be the GOP’s nominee for the Senate in the fall, and Congressman Mark Sanford’s loss to a primary challenger in South Carolina.

Between the two races, it’s easy to see which way the wind is blowing. Stewart is emblematic of the increasingly vocal wing of the GOP obsessed with white identity politics. As The Atlantic noted in January, “Stewart played footsie with the alt-right and protested the removal of a statue of Robert E. Lee in Charlottesville, Virginia, which months later became the site of torch-bearing neo-Nazi marches that turned deadly.” Sanford, by contrast, has been critical of Donald Trump, provoking the president to tweet in favor of the congressman’s opponent just hours before voting ended.

The lesson is clear: It’s easy in the current GOP to be Trumpier than Trump (as Stewart is) but there is dwindling space for those critical of Trump (such as Sanford). As the standard bearer of the GOP, Trump is setting the tone of the party and also encouraging voters to purge anti-Trump voices. Among Republicans, Trump’s approval rating has leaped 22 points since 2016.

Bill Bolling, former lieutenant governor of Virginia and a Republican, took Stewart’s victory to be symptomatic of where his party is heading: