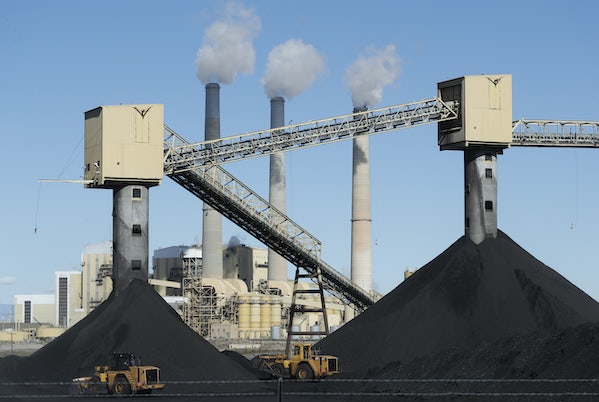 Since Trump’s election, a coal plant has retired every 15 days.

That’s according to the Sierra Club’s Beyond Coal campaign, after Wednesday’s announcement that Michigan-based electric utility Consumers Energy will phase out coal-fired power by the year 2040. Their phase-out will begin with the retirement of the Karn Generating Complex, a 516-megawatt facility, by the year 2031. To replace it, Consumers Energy said it plans to add 5,000 megawatts of solar energy by 2030.

The announcement is the latest victory for the Beyond Coal campaign, which encourages and mobilizes local communities to oppose surrounding coal plants. Karn’s projected retirement is “the 270th coal plant to announce its retirement since the Beyond Coal campaign started in 2010 and the 32nd coal plant to announce it’s retirement since Donald Trump was elected President,” the group said in a statement. In addition to the 32 retirement announcements, 39 coal plants have actually retired since Trump took office, according to the Sierra Club.

Karn’s projected closure is also a win for former New York City Mayor Michael Bloomberg, who has injected $110 million into the Beyond Coal campaign since 2011. That includes the $64 million his charity gave the day after President Donald Trump announced he’d repeal President Barack Obama’s climate change regulations for coal plants. Trump had said the repeal would end the war on coal—but according to the Sierra Club, 2018 “will be the second-highest year for projected retirements since the Beyond Coal campaign was started.”