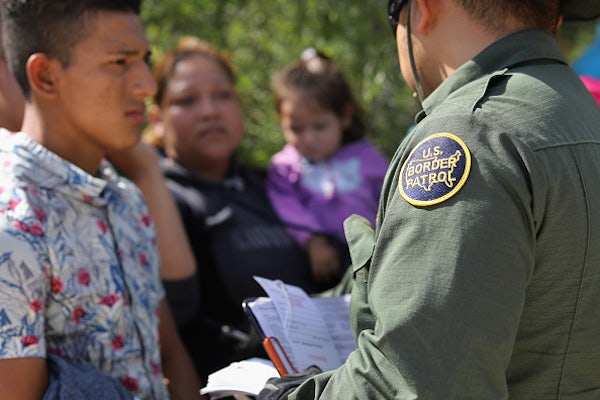 “Effectively, these kids are incarcerated.”

Several news organizations, including MSNBC, CNN, and The Washington Post, have been given access to Casa Padre, an immigrant shelter for boys ages ten to 17 in Brownsville, Texas, where recent changes in immigration policy have led to a flood of incoming children. Boys arriving at the center, most as unaccompanied minors, are first greeted by a mural of President Trump accompanied by a quote from his book, The Art of the Deal. It reads: “Sometimes by losing a battle you find a new way to win the war.”

Life at Casa Padre is grim: the boys get two hours outside per day (one structured, one free), and sleep five in four-person rooms, according to MSNBC and the Post. The center serves as a refuge for boys crossing the Mexico/U.S. border alone—a number that’s spiked since the Trump administration implemented a “zero-tolerance” policy on undocumented border crossings in May.

Family separation and centers like Casa Padre are part of the Trump administration’s strategy of weaponizing children to deter illegal immigration, as Rikha Sharma Rani has reported for The New Republic.

As MSNBC’s Jacob Soboroff reported after a tour of the Casa Padre facility, Spanish-dubbed screenings of Moana didn’t ameliorate the impression that the center is basically a giant jail for children.