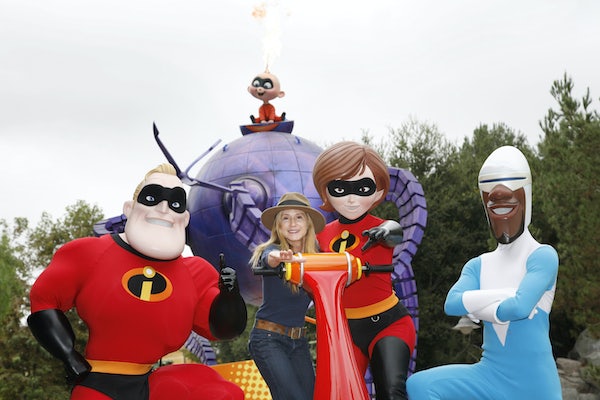 The New Yorker offers up a sex-drenched Incredibles 2 review.

Take your seat at any early-evening screening of “Incredibles 2” in the coming days, listen carefully, and you may just hear a shifty sound, as of parents squirming awkwardly beside their enraptured offspring. And why, kids? Because Mommy just leaned over to Daddy and whispered, “Is it just me, or does Mrs. Incredible kind of look like Anastasia in ‘Fifty Shades of Grey’? You know, the girl in the Red Room, with the whips and all?” And Daddy just rested his cooling soda firmly in his lap and, like Mr. Incredible, tried very hard to think of algebra. As for how Daddy will react later on, during the scene in which Helen and the husky-voiced Evelyn unwind and simply talk, woman to woman, I hate to think, but watch out for flying popcorn.

To be fair, Lane is trying, however ineptly, to make a decent point. Comic book art has gotten porn-y in the last two decades, something reflected in the impossible fantasy anatomy given to the women in Incredibles 2.

Still, Twitter had a field day with Lane’s comments: