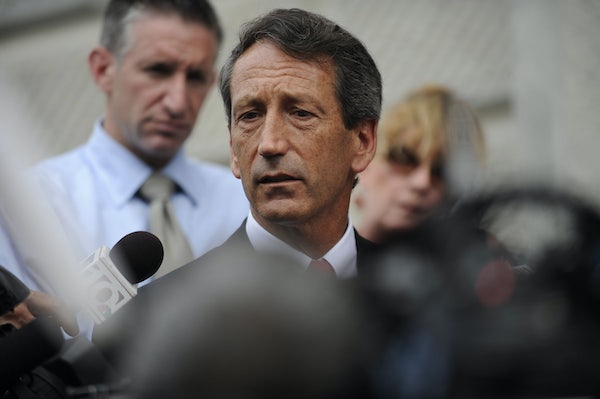 One of the characteristics of President Donald Trump is that he loves kicking those sprawling on the floor. Last Tuesday, South Carolina congressman Mark Sanford, a rare Trump critic among GOP lawmakers, found his political career ignominously ending with a defeat in the party’s primary. Just hours before the voting, Trump had tweeted out insults to persuade Republican voters not to vote for Sanford.

But the end of Sanford’s political career wasn’t enough for Trump. On Tuesday, meeting with the House Republican caucus, Trump asked if Sanford was there and described him as a “nasty guy” (which reportedly provoked boos from some of the lawmakers).

On Wednesday Trump again returned to the subject of Sanford, tweeting:

In Trump’s revisionist account, his jibe at Sanford earns applause and laughter, not boos.

Sanford seems puzzled that he’s still in the president’s line of fire:

What’s the motive behind this seemingly redundant and pointless pummelling? Perhaps Trump wants to discourage any other Republican lawmaker from taking a swipe at him. Or perhaps Trump just likes to keep going after old foes, even after they are no longer a threat.

The poet John Dryden once imagined Alexander the Great as a power-drunk, flattery-receptive ruler who loved to wallow in stories of past victories:

Soothed with the sound, the king grew vain:

Fought all his battles o’er again;