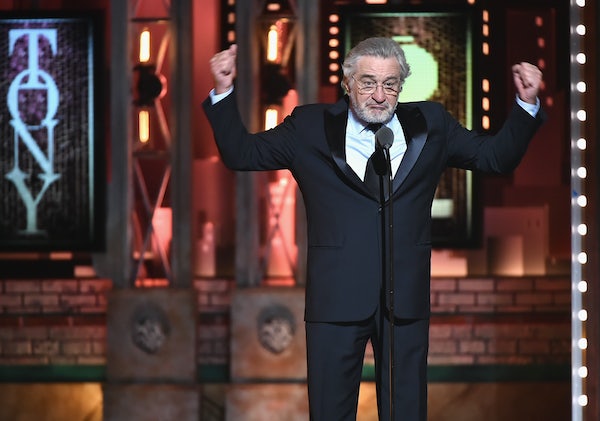 Is civility really the problem in modern political discourse?

America is becoming a cruder place, which is causing a fainting fit at the newspaper of record. “Mr. Trump’s coarse discourse increasingly seems to inspire opponents to respond with vituperative words of their own,” Peter Baker and Katie Rogers write in The New York Times. “Whether it be Robert De Niro’s four-letter condemnation at the Tony Awards or a congressional intern who shouted the same word at Mr. Trump when he visited the Capitol this week, the president has generated so much anger among his foes that some are crossing boundaries that he himself shattered long ago.”

The Times article rests on a strange conflation of civility (which is about obeying conventional rules of decorum) with morality. The article notes that Trump won political success as a candidate through his incendiary rhetoric, adding, “Any expectation that he would put the harsh language aside to become more of a moral leader as president has proved illusory.”

But surely Trump’s failure as a “moral leader” have much more to do with his actual policies (such as family separation) than his crude vocabulary. After all, referring to Senator Bob Corker as a “lightweight” (one of the offences that rankles the Times) is mildly impolite. Tearing babies away from their mothers, on the other hand, is truly obscene.

Civility is a set of conventions. Sometimes those conventions lose their meaning and need to be modified or abandoned. The Times article itself illustrates this truth. Part of the Times’ own version of civility is the pose of distance from the competing sides of partisan politics. Thus the Times article argues “both sides” are to blame for the decline of civility.

But to maintain this stance of pseudo-balance, the Times has to draw strained equivalencies. Statements by Trump are equated with comments and actions by celebrities (De Niro, Peter Fonda, Kathy Griffin) and the swearing of a congressional page. The Times’ own code of civility prevents it from properly noting that to the extent civility is in crisis, it’s an issue with only one major political figure. If the Times really wants to defend civility, they need to realize their own codified rules of blaming both sides are out of date.