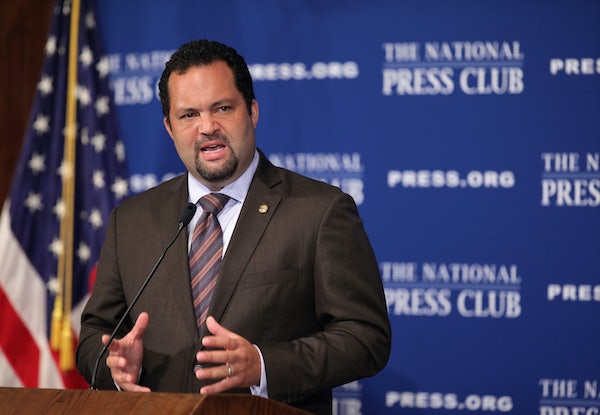 Tuesday’s primaries were a good night for the populist left.

Ben Jealous, formerly the president of the NAACP and a prominent surrogate for Senator Bernie Sanders, won his Democratic primary in Maryland on Tuesday. Jealous defeated primary competitor Rushern Baker III, who had received the endorsements of The Washington Post editorial board and Democratic Representatives Steny Hoyer and Chris Van Hollen. Jealous will now face incumbent Governor Larry Hogan in the fall.

Much like Alexandria Ocasio-Cortez, who defeated incumbent Joe Crowley in New York’s 14th Congressional District on Tuesday, Jealous ran on a platform that married racial justice to economic justice. As Adam Serwer wrote for The Atlantic on Monday,

Donald Trump won the presidency by combining a superficial economic populism with appeals to resentment against religious and ethnic minorities. Jealous’s candidacy is a photo-negative of Trump’s: Economic populism fused with appeals to racial justice and equality. “We’re the only ones who can really unify the entire base of the party,” Jealous told a group of voters in the basement of Emmanuel Lutheran Church in Catonsville. “It matters that we can pull the whole party together, with the enthusiasm of everybody.”

Jealous and Ocasio-Cortez will now make up a small cohort of left Democrats running for office this fall. Others include Randy Bryce, who has a real chance to take Paul Ryan’s old seat now that Ryan has retired; and Anthony Flaccavento, who is challenging Representative Morgan Griffith in Virginia’s 9th Congressional District on a platform that includes Medicare for All. (Flaccavento, notably, faced another left-wing challenger, Justin Santopietro, in the district’s first contested Democratic primary this year.) These candidates face uneven chances—Ocasio-Cortez is the surest win of the lot—but each campaign is a data point. The Democratic establishment’s grip on the party’s trajectory may be weakening—and leftist populism seems to be more viable than the party credited.