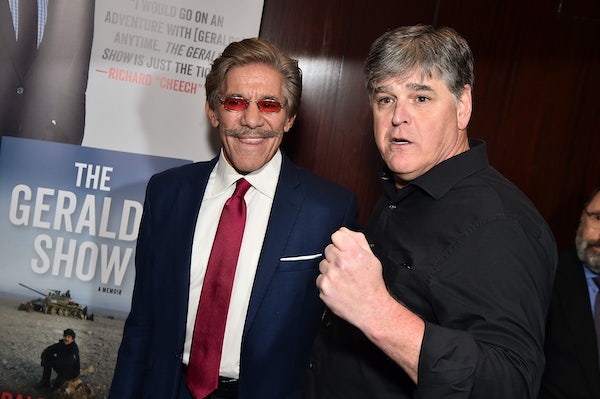 President Donald Trump’s selection of Bill Shine, a former Fox News executive, to be deputy chief of staff for communications was widely seen as further evidence of the hold the right-wing cable network has on the commander in chief. But Shine’s hiring is turning out to be divisive among the people who know him best.

Shine was unpopular with other Fox News executives for his alleged role in covering up sexual harassment by Roger Ailes, the late Fox News CEO. Shine’s ties to Ailes were the reason he was elbowed out of the network in 2017.

Given this history, it’s easy to understand why Fox News host Sean Hannity’s encouragement of Shine’s hiring has sparked a rift between the TV star and his employers. As BuzzFeed reports, “Shine’s political ascent has brought renewed stress and paranoia to Fox’s executive ranks more than a year after he was forced out of the network amid allegations that he helped cover up the network’s culture of sexual harassment.”

Hannity is feeling the blowback from the White House’s hiring of Shine. “Hannity’s level of freelancing has irked some at the top of Fox News and its parent company, 21st Century Fox, including Rupert Murdoch’s sons James and Lachlan, who increasingly feel like Hannity has ‘gone rogue,’ as one source put it,” BuzzFeed adds.

This reporting suggests that the Trump era, far from being simply Fox News’s moment in the sun, is causing trouble for the network. There are on-air insults between those who seem to want to defend Trump at all costs (such as Hannity) and those who want the network to present the news in a more balanced way (notably Shep Smith, a host who represents the more journalistic wing of Fox).

If there is a growing rift between Hannity and Fox executives, it could shape this battle for control of Fox News.