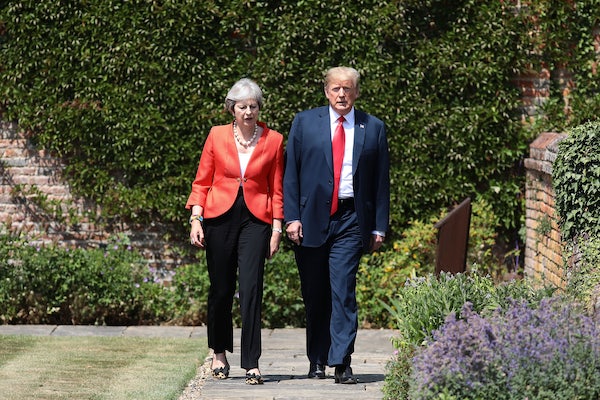 The president and Theresa May had a difficult task at their joint press conference on Friday morning at Chequers, the British prime minister’s country retreat. Trump had humiliated May in an interview with The Sun where he lamented the fact she had not listened to his advice on Brexit. Trump also suggested that Boris Johnson, May’s rival within the Conservative Party, would make a good prime minister.

Trying to paper over the difficulties he had created, Trump relied on hyperbole and lies. Asked if Britain and the U.S. still had a special relationship, he said it was the “highest level of special.” He also attacked The Sun interview as “fake news.” In fact, the newspaper had taped the interview and the transcription was accurate. Trump’s objection was that the positive things he said about May hadn’t been highlighted.

The president’s “fake news” schtick might play well with his domestic followers. It is unlikely to smooth over relations with America’s allies.