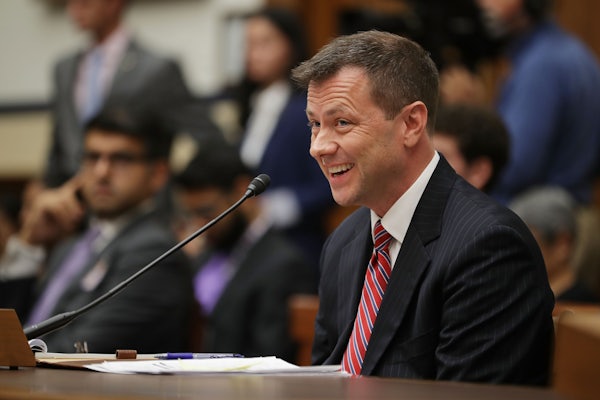 The Washington Post worries Strzok hearings were bad for democracy.

The editorial board of The Washington Post is unhappy with Thursday’s joint meeting of two House oversight committees, where FBI official Peter Strzok was grilled about whether his political bias shaped the investigation into possible Russian interference in the 2016 election. “With all its yelling and interruptions, the hearing was a fitting coda to the hyperpartisan farce of an investigation that House Republicans have conducted into the FBI and Mr. Mueller’s Russia probe,” The Post complained. The headline ran, “The Strzok hearing damaged our democracy.”

This is a dubious argument to make about the hearings—one that necessarily involves a very limited view of democracy.

True, there were moments of embarrassment in the hearing, as when Congressman Louie Gohmert tried to smear Strzok’s private life. But even those moments of silliness and bad faith arguments served a higher purpose. They showed how bad the case was that the Republicans were trying to make.

The hearings were an inquiry and they helped settle the question of whether the GOP narrative of bias was valid or not. Peter Strzok more than held his own under tough interrogation. Moreover, the Democrats were able to effectively rebut many Republican talking points, notably by calling attention to the fact that Strzok’s dim view of the GOP was shared by many Republicans in the past.

Implicit in The Washington Post editorial is a view that democracy functions best when you have lawmakers working together in a bipartisan and civil spirit. But that’s an idealized view of democracy. You can’t have politics without dispute. Democracy functions when competing partisan factions are allowed to make their best case, and the public can decide the results. The Strzok hearings were democracy in action.