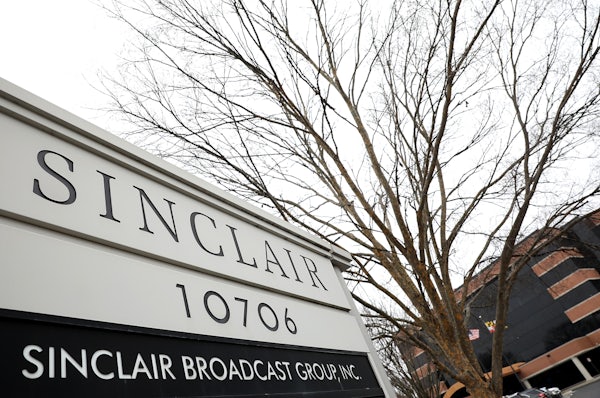 The administration’s position on mergers is all over the place.

Since it was proposed in May 2017, Sinclair Broadcast Group’s $3.9 billion purchase of Tribune Media appeared to be a done deal. Donald Trump has gushingly praised the network, which is infamous for forcing (sometimes identically scripted) pro-Trump content onto its stations’ broadcast. Meanwhile, Federal Communications Commission Chairman Ajit Pai has been a vocal anti-regulation proponent. As long as it sold enough stations to meet the legal ownership limit, Sinclair appeared well-positioned to become the nation’s largest TV station owner, with over 200 stations reaching an unprecedented 72 percent of American households.

But in a surprising reversal this week, Pai announced that Sinclair’s indifferent nods towards compliance weren’t going to cut it. The company, Pai said, was attempting to maintain control over its relinquished stations “in practice, even if not in name, in violation of the law.” The FCC then voted unanimously to bring the proposed merger before an administrative law judge. The order claims that Sinclair “did not fully disclose facts” about its proposals for compliance. In the case of a Chicago TV station, for example, the order notes that Sinclair had strong ties to the buyer and might attempt to buy back the station in the future. The legal review process is likely to kill the merger entirely.

It’s a dramatic about-face, especially when combined with the news this week that the Department of Justice has filed an appeal challenging the approval of the AT&T-Time Warner merger.

It might seem like the Trump administration is finally making good on his campaign promises to crack down on media consolidation. But let’s not jump to conclusions. The ink has hardly dried on the DoJ’s approval last month of Walt Disney’s proposed $71 billion acquisition of parts of 21st Century Fox. With no coherent policy on media mergers, we can add this to the list of issues where no decision should be taken as a clue for what’s to come.