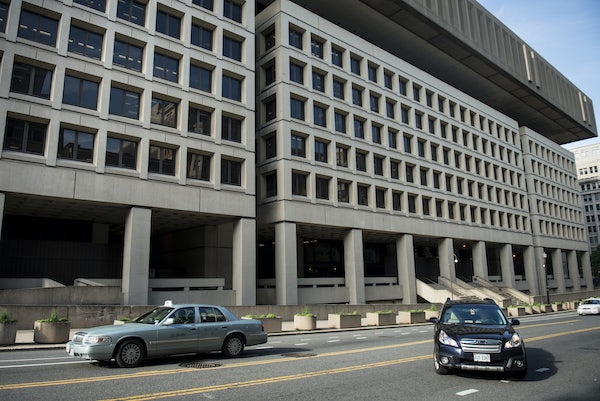 Trump is dreaming of a new FBI building.

Axios is reporting that the president of the United States hates the current FBI headquarters and has detailed plans for making a new one. “Even the building is terrible,” the president reportedly groused in private. “It’s one of the brutalist-type buildings, you know, brutalist architecture. Honestly, I think it’s one of the ugliest buildings in the city.”

According to Axios, “Trump told Chief of Staff John Kelly he wants to oversee the project at an excruciating level of detail: the cost per square foot, the materials used, the renovation specs, etc.” In effect, Trump is treating the FBI Building as a Trump property, to be remade at his whim.

For a president to show such interest in the arcane details of building design is unusual. But Trump’s own background as a real estate developer is clearly shaping his desire to be a hands-on designer president. Trump is notorious for his finicky attention to the design details of his properties. Trump is applying the same approach not just to the FBI Building but also to Air Force One, which he also wants to remake to match his sensibility.

Trump’s political opponents might want to indulge his building fantasies. After all, it’s one of the least dangerous things he can do as president.