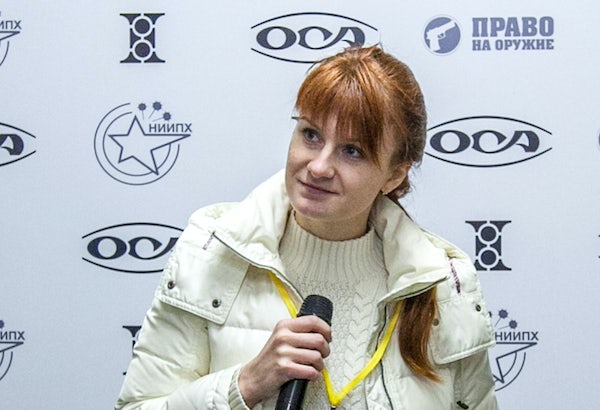 Vladimir Putin might need to hire spies who can hold their liquor.

Maria Butina, who is currently under arrest on charges of being a foreign agent, seems not to have been the most adept spy in the world. According to a CNN report, when intoxicated she explicitly boasted of her Kremlin connections. “On at least two separate occasions she got drunk and spoke openly about her contacts within the Russian government, even acknowledging that Russian intelligence services were involved with the gun rights group she ran in Moscow,” CNN notes. “Twice, classmates reported her actions to law enforcement because they found her comments so alarming, sources said.”

This story is similar to another report of a figure caught up in the Russia investigation. As The New York Times reported in December 2017, “During a night of heavy drinking at an upscale London bar in May 2016, George Papadopoulos, a young foreign policy adviser to the Trump campaign, made a startling revelation to Australia’s top diplomat in Britain: Russia had political dirt on Hillary Clinton.” Papadopoulos subsequently pled guilty to making false statements to the FBI.

Both the Butina and Papadopoulos stories illustrate the fact that the Russia investigation is not a typical spy thriller along the lines of Ian Fleming or John Le Carre novels. Rather, it is a farce in the tradition of the Coen Brothers movie Burn After Reading.