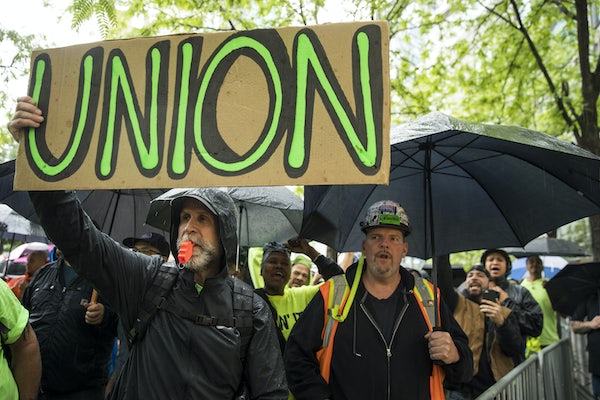 A vote in favor of Proposition A tonight would have blocked both Missouri’s private and public sector unions from collecting fees from non-union members, even though unions are legally obligated to represent everyone in a unionized shop.

It’s the end of a hard-fought campaign for labor organizers and their allies in this conservative state. Activists for the “No” campaign collected twice the required number of signatures to put the legislation to a vote after then-Governor Eric Greitens signed it into law in 2017. In one of his final acts as governor, Greitens acquiesced to conservative demands and moved up the date for the referendum to August 7. As I previously reported for The New Republic, right-to-work supporters had hoped the earlier date would depress voter turnout.

Tuesday’s vote is a landmark victory for organized labor, which is still reeling from the Supreme Court’s verdict in Janus v. AFSCME, which prohibits public sector unions from collecting fees from non-members. At its core, the result is a sign that even voters in red states can be persuaded of the importance of organized labor to worker prosperity.