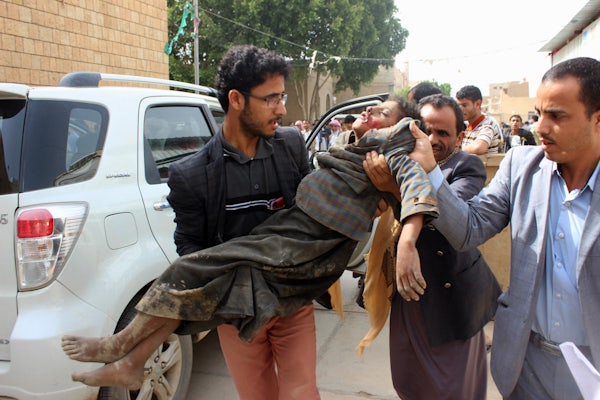 The American elite’s embrace of the Saudi Arabia looks worse and worse.

Ever since Crown Prince Mohammed bin Salman effectively took command of the oil-rich monarchy in June 2017, he’s been the darling of the American foreign policy establishment and much of the media. “It’s been a long, long time, though, since any Arab leader wore me out with a fire hose of new ideas about transforming his country,” Tom Friedman of The New York Times gushed. 60 Minutes exclaimed that bin Salman’s “reforms inside Saudi Arabia have been revolutionary. He is emancipating women, introducing music and cinema and cracking down on corruption, in a land with 15,000 princes.” The Trump administration has been giving Saudi Arabia a free hand in foreign policy, supporting it in aggression towards neighbors like Yemen and Qatar.

This whole-hearted embrace of bin Salman was dubious from the start but is now shaping up to be a full-scale disaster, one harmful to both America’s position in the world and the cause of human rights.

1. The American-support war in Yemen continues to be a humanitarian nightmare. “Dozens of civilians, mostly children, were killed or injured in an airstrike on Thursday by U.S. allies on a bus in a crowded market in northern Yemen, according to health officials and international aid agencies,” The Washington Post reports. The allies in question are a coalition led by Saudi Arabia. “In a tweet, the International Committee of the Red Cross said the attack targeted a bus carrying children in Dahyan market in Saada province, which borders Saudi Arabia. A hospital supported by the aid group has received ‘scores of dead and wounded,’ it said, adding that ‘under international humanitarian law, civilians must be protected during conflict.’”

2. Bin Salman has initiated a bizarre diplomatic crisis with Canada. Taking offence at tweets from  Canadian Foreign Minister Chrystia Freeland that criticized Saudi Arabia’s arrest of a woman’s rights activist, bin Salman has sent the Canadian ambassador packing, cancelled trade deals with Canada, and is disrupting the lives thousands of Saudi students and medical residents in Canada by cancelling financial support for their education and calling them back to Saudi Arabia.

3. On Wednesday, while arguing that Canada doesn’t have the right to criticize Saudi Arabia’s human rights record, bin Salman’s government crucified a man.

Despite all this, America’s alliance with Saudi Arabia remains unshaken. In the dispute between Canada and Saudi Arabia, the United States has taken a position of sedulous neutrality.