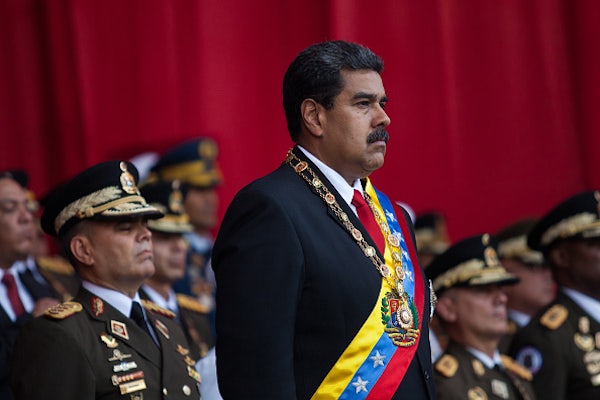 An unnamed Venezuelan military dissident told Bloomberg that he had met with a group planning to assassinate the Venezuelan president months before an attempt was made on his life on August 4, using drones armed with plastic explosives. The assassination attempt took place during a military parade and was caught on live television.

The former dissident was part of a separate scheme called Operation Constitution, which sought to capture Maduro and put him on trial before the country’s presidential elections this past May. Operation Constitution was broken up after many of its members were arrested and jailed. But before that, the dissident said he was shown “videos of armed drones shipped from Miami and being tested on a Colombian farm,” according to Bloomberg. The group plotting the assassination had reportedly proposed joining forces with Operation Constitution.

Venezuela’s government has denounced plots to overthrow Maduro for months, and now apparently has legitimate reason to do so, despite earlier claims that the assassination attempt had actually been a gas tank explosion. Venezuelan authorities later said that backers in Florida and Bogota had promised Maduro’s would-be assassins $50 million and a stay in the U.S. if they succeeded in killing Maduro.

Since the attack, officials have arrested 14 people, including a lawmaker and two high-ranking military officials, while another 20 suspects remain at large.