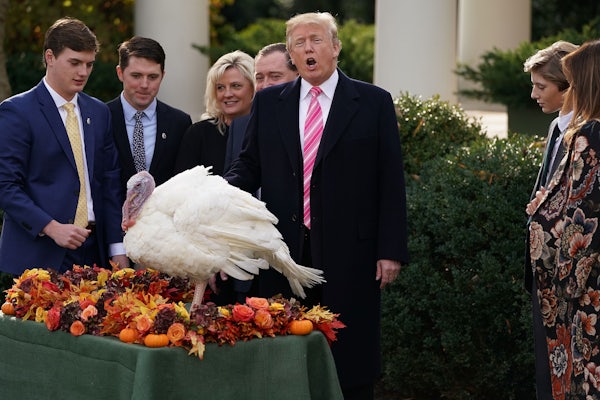 Trump laments the “killing field” of birds created by windmills.

Although unusually incoherent even for Trump, this speech was a return to a favorite theme: the dangers windmills pose for birds. As Emily Atkin pointed out in The New Republic last October, Trump has been obsessed with windmills since at least 2012. That was the year Trump got into a feud with the Scottish government over offshore wind turbines which he complained spoiled the view of one of the golf course he owned in Scotland.

As this history indicates, Trump’s concern for the wellbeing of birds rings hollow. “The reality is that the Trump administration’s fossil fuel policies are a far bigger threat to avian species,” Atkin noted. “These threats are less obvious, because unlike wind and solar, expanding fossil fuel development does not result in birds being suddenly zapped or shredded. It results in slower deaths, resulting from the gradual loss of habitat.”