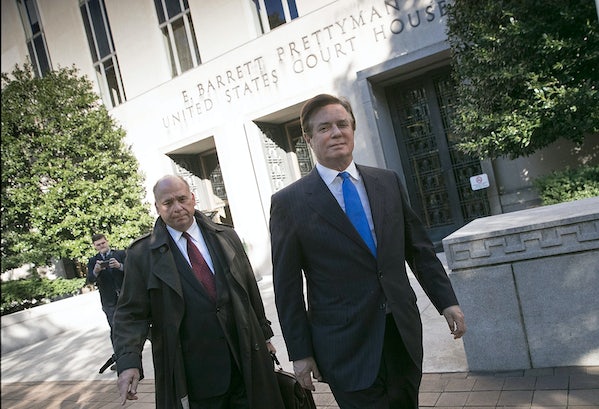 “Paul Manafort is a good man,” Trump said. “He was with Ronald Reagan. He was with a lot of different people over the years. I feel very sad about that. It doesn’t involve me but I still feel, you know, it’s a very sad thing that has happened. This has nothing to do with Russian collusion. This started as Russian collusion. This has absolutely nothing to do. This is a witch hunt and it’s a disgrace. This has nothing to do with what they started out, looking for Russians involved in our campaign. There were none.” The president also added,  “we continue the witch hunt.”

Asked about his former lawyer Michael Cohen pleading guilty to eight charges, including those involving paying hush money on Trump’s behalf and at his request, the president turned away from reporters and didn’t answer.