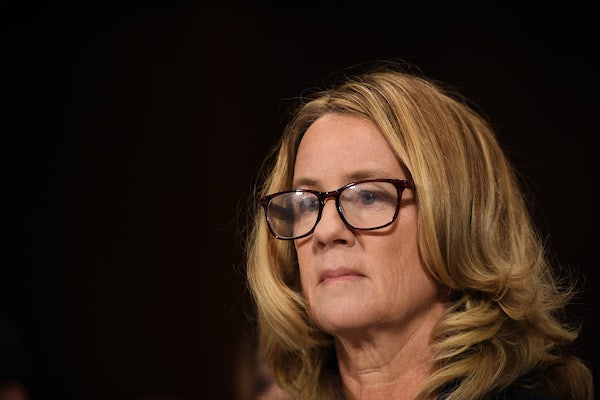 Christine Blasey Ford: “Indelible in the hippocampus is the laughter.”

The most powerful moment thus far of Ford’s testimony before the Senate Judiciary Committee came when she was asked by Vermont Democrat Patrick Leahy to describe her strongest memory from the night that Supreme Court nominee Brett Kavanaugh allegedly assaulted her. Her answer was both moving and horrifying.

“Indelible in the hippocampus is the laughter,” Ford says, her voice cracking. “The uproarious laughter between the two. They’re having fun at my expense.”

“You’ve never forgotten them laughing at you,” Leahy says.

“They were laughing with each other,” Ford replies.

“And you were the object of the laughter?” Leahy asks.

“I was underneath one of them, while the two laughed,” Ford says.

The exchange underscored how the alleged assault was both traumatizing and humiliating. It also girded Ford’s credibility, which Republicans have gone to great length to attack, showing the extent to which the incident is imprinted on her memory.