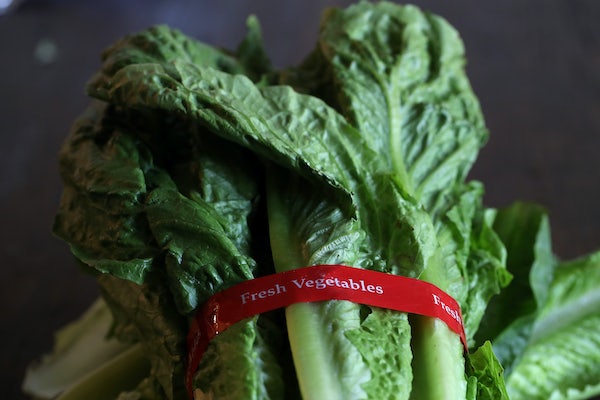 All romaine lettuce is unsafe to eat—again. Here’s why.

This past summer, I spoke with food policy expert Darin Detwiler, whose 17-month old son died in a food-borne E. coli outbreak. He told me that the infamous romaine lettuce E. coli outbreak of summer 2018, which killed five people, would not be the last.

This stunning warning from the CDC, issued two days before Thanksgiving, advises Americans against eating any romaine lettuce—no matter where it’s from. “Consumers who have any type of romaine lettuce in their home should not eat it and should throw it away, even if some of it was eaten and no one has gotten sick,” the agency said. No deaths from this outbreak have been reported yet, but 32 people in 11 states have become sick, and 13 people have been hospitalized, the CDC said.

The reason CDC is warning against all romaine lettuce is because it has no idea where, specifically, the deadly bacteria is coming from. This is similar to the summer outbreak. As I wrote in July, “No single grower, harvester, processor, or distributor has been blamed [for that outbreak], and investigators are still unsure whether contamination happened during the growing, washing, chopping, or bagging process. So far, the agencies have only released one finding: That the same E. coli strain found in sickened people across the country was also in Arizona’s canal water, which is used to irrigate crops.”

But we don’t need to now where exactly this E. coli is coming from to know why America is experiencing yet another outbreak of food-borne illness from this deadly pathogen. It’s happening because the government has not acted quickly enough to fix well-known problems with our food-borne illness prevention system.

E. coli comes from poop. That means there was poop on the lettuce. Most likely, the poop was in the water used to grow, wash, chop, or bag the lettuce. America has poor regulation of water used on crops. Only very large farms, rather than all farms, are required to sample and test the water used to grow and clean produce. The E. coli tests they use are also ineffective. “They’re only measuring for E. coli total, not the specific types of E. coli that can make you sick,” one biologist told me.

Small farmers not subject to regulation also don’t have great incentive to go above and beyond to test their crops. “If I’m a farm owner, I ask myself: Do I pay to have a third party lab to test these water samples on a regular basis for me to use this water?” Detwiler told me. “Or do I consider the small likelihood of someone being able to tie the problem back to me, and decide against it?”

The CDC and the FDA will likely spend months trying to figure out the source of this new, Thanksgiving E. coli outbreak. Those resources might be better spent figuring out how to fix known problems in our system before more people die.