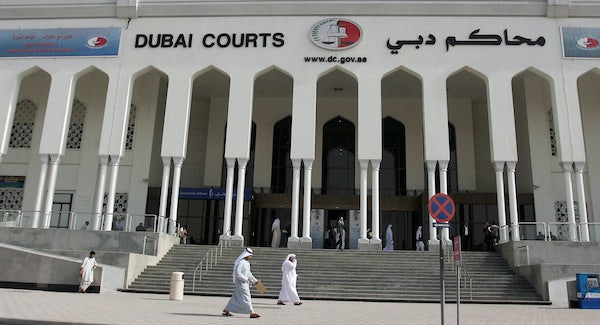 A court in the United Arab Emirates (UAE) has found Matthew Hedges, a 31 year old graduate student of Durham University, guilty of spying. Hedges, who denies the charges, faces a life sentence.

Hedges’s family considers the trial a travesty, the BBC reports, maintaining that “during the first six weeks of his detention he was interrogated without a lawyer and consular access was unavailable,” and that “during this time he was made to sign a document in Arabic which transpired to be a confession.”

British Foreign Secretary Jeremy Hunt said he was “deeply shocked and disappointed” by the court’s decision and promised he’d make telephone calls to UAE officials. He added that the verdict was “not what we expect from a friend and trusted partner of the United Kingdom, and runs contrary to earlier assurances.” The United Kingdom is allied with the UAE, which is a major purchaser of British arms.

Hedges’s wife, Daniela Tejada, criticized both the governments of both Britain and the UAE.

“Matthew is innocent,” she said. “The Foreign Office know this and have made it clear to the UAE authorities that Matthew is not a spy for them. This whole case has been handled appallingly from the very beginning with no-one taking Matthew’s case seriously.”