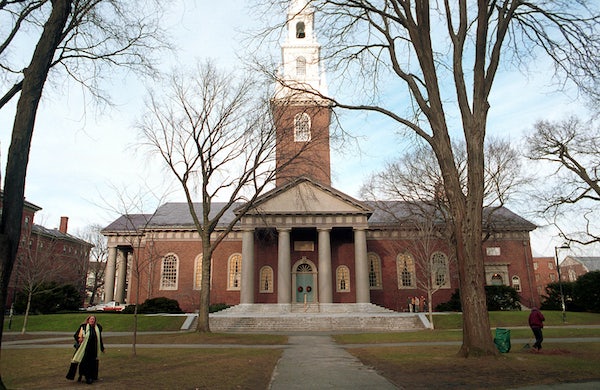 T.M. Landry College Preparatory School in Louisiana has often been written up as a Cinderella story: a small, private school which has managed to launch a surprisingly large number of its student body, who are mostly working class African-Americans, into elite colleges and universities. But in a blockbuster New York Times expose, writers Erica L. Green and Katie Benner show how far the actual school is from the myth.

“In reality, the school falsified transcripts, made up student accomplishments and mined the worst stereotypes of black America to manufacture up-from-hardship tales that it sold to Ivy League schools hungry for diversity,” Green and Benner write about the school founded by the husband and wife team Michael and Tracey Landry. “The Landrys also fostered a culture of fear with physical and emotional abuse, students and teachers said. Students were forced to kneel on rice, rocks and hot pavement, and were choked, yelled at and berated.”

As the reporting of Green and Benner make clear, the Landrys ran the school like a cult, demanding slavish obedience from students, often subjecting them to abuse and making them kneel. In an striking passage, they describe Michael Landry responding to criticism:

Mr. Landry raised his voice. He accused The Times of saying that it was wrong for T.M. Landry to want the best for its black students. He told his students that he would always fight for them. “We need the haters,” he said. “I welcome the haters.”

He raised his arms on either side of him, forming a cross.

“My name is Michael Landry. I am the reformer,” he said. “They killed Jesus Christ because he could save the world. I say to myself, who are you compared to Jesus? Nothing! So I stick my arms out and say nail me to the cross if that’s what you want.”

Landry then proceeds with a hair-raising call-and-response routine in which the students shout out the words “I love you” in Mandarin, Russian, Tagalog, and what he calls “Mike-a-nese,” the word for “I love you” in his own language being “kneel.”

The cultic atmosphere of the school is a key part of the story, seeming to explain why the school was praised both within the community and in programs like “Today” show, “Ellen,” and the “CBS This Morning.”

The charismatic teacher is an archetype that goes back at least to Socrates. As African-American writers have pointed out on Twitter, however, this glorification of pedagogic charisma is fused in the Landry school with the pernicious view that black children need to be disciplined severely.