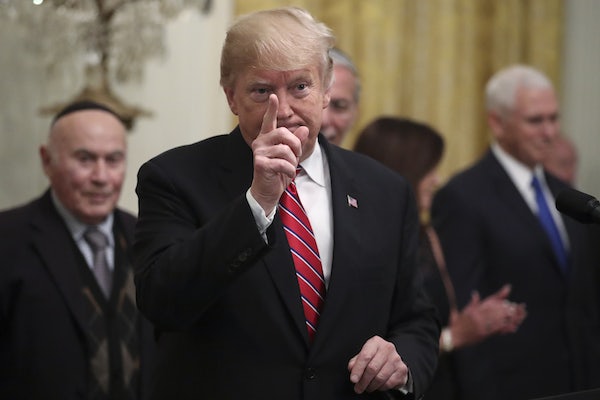 Will Trump’s pick for attorney general protect the Justice Department or the president?

Confirming initial reports on Thursday, the president told reporters on Friday that he would nominate William Barr to lead the Justice Department. The announcement came one month to the day after the ouster of Jeff Sessions, who held the post for the first two years of Trump’s administration.

Barr will be a familiar face at the Justice Department: He previously served as attorney general from 1991 to 1993 under President George H. W. Bush. During that tenure, he carved out a reputation as a tough-on-crime conservative with an expansive view of executive power, making him a natural choice for a president who favors stark, unilateral policy decisions.

As attorney general, Barr will wield enormous influence over the machinery of federal law enforcement, its criminal-justice policies, and the nation’s immigration courts. But he may ultimately receive the most attention for his handling of the Russia investigation under special counsel Robert Mueller. Barr’s full views on the inquiry itself are not yet known. However, he will likely receive intense scrutiny from senators for a Washington Post op-ed he wrote last year defending Trump’s decision to fire then-FBI Director James Comey.

Since the Watergate crisis, the Justice Department has traditionally kept a degree of independence from the White House and its political operations. Trump has frequently challenged this norm, asserting in public and in private that he would be willing to take personal command of the department’s investigative functions and use them to pursue his political opponents. Whether Barr will safeguard the Russia investigation and the Justice Department’s nonpartisanship will be a key question in his confirmation hearings. Under the precedent set by Attorney General Elliot Richardson during Watergate, senators have every right to demand his sworn pledge to maintain the department’s independence before elevating him to the post.