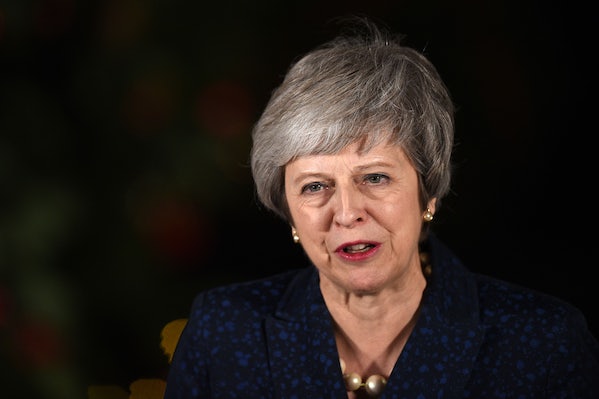 Theresa May has her party’s confidence—sort of.

British Prime Minister Theresa May won a confidence vote taken among Conservative members of parliament Wednesday evening, London time. She received 200 yes votes (or 63 percent) as against 117 no votes. While this victory allows her to remain head of the Conservatives for another year, it also reveals the existence of a sizable opposition within her own party. Normally, in a parliamentary democracy, a leader needs not just the majority of his or her party but a supermajority. For point of reference, Margaret Thatcher resigned as Prime Minister in 1990 when she got the support of 204 Conservative members of parliament (or about 55 percent) in a no-confidence vote.

With May having more than a third of her own party against, the Brexit agreement she has forged looks dead in the water. The deal involves too many ties to Europe to please hard-core Brexit advocates while it severs too many ties to please European Union supporters. Nor is May in a position to negotiate a new deal, since the EU has taken a  take-it-or-leave-it position. May’s one path forward might be to push for another Brexit referendum.

May continues to be attacked by figures across the spectrum. Jacob Rees-Mogg, a Conservative Member of Parliament on the right-wing of his party, said in an interview, “The prime minister must realize that under all constitutional norms she ought to go and see the Queen and resign.” Jeremy Corbyn, head of the Labour Party, tweeted a similar comment: