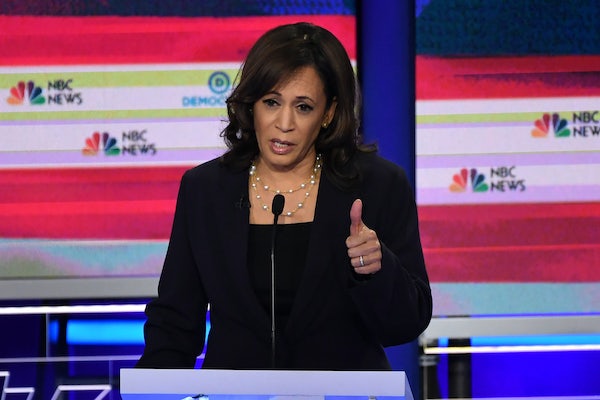 Gentlemen, you can’t fight here, this is the debate stage!

Senator Kamala Harris’s first attempt at a breakout moment in this debate was a painfully rehearsed line designed to be dropped the minute there was some cross-talk she could break into: “Hey guys, America does not want to witness a food fight. They want us to know how we’re going to put food on their table.”

Those Democrats are, unfortunately, undermining their party’s political well-being. This is a debate. Everyone on stage is supposed to be making a case for why they should be president, which, when facing other candidates in an election, is traditionally done by drawing distinctions between yourself and your opponents.

More broadly, the line speaks to the self-defeating tendency of Democrats to imagine that their own affinity for compromise reflects the median voter’s preference for conciliatory politics. People say they hate partisan conflict, yes—but they vote for people who draw sharp distinctions between themselves and their (negatively defined) opponents.

Like I said: It was a good line for Harris in the moment, but it was a cynical line masquerading as a plea for unity.