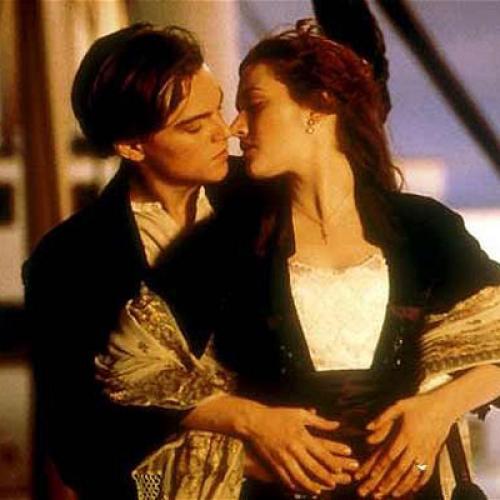 Surely someone has counted all the books and films about the Titanic, and I'm glad I don't know the result. A Broadway musical about it is now running. And here is the latest film. Titanic (Paramount-20th Century Fox), reportedly the most expensive picture ever made.

Reasons for the story’s interest are not obscure. The luxurious Titanic was called unsinkable, the safest ship ever built; and it went down on its maiden voyage in April 1912, four days after it had sailed from Southampton for New York. Within a few hours of hitting an iceberg, dabs of caviar on special dinnerware had given way to life jackets in the freezing Atlantic. The contrast is hypnotic, especially when we know, as the passengers did not, what is going to happen—from the golden salons down to the crowded steerage. The whole story is a relentless reminder that death is always there pawing at the portholes, and that it takes very little—one miscalculation in this case—to render the most resplendent order into primal chaos, then into nullity.

And there’s something else. The twentieth century dawned as the peak of all centuries: the western world was confident, accomplished, bound for a future of unlimited glory. The Titanic was as good a symbol as any of the century’s early afflatus, and it had no sooner appeared than it was destroyed by human error. The disaster can be seen as an instance of the gods reproving hubris or, if you prefer, of the self-deceptions of ego. The pride and the smugness that created the Titanic and its fate seem to me not completely disparate from the larger prides and smugnesses that brought about World War I two years later.

In order to make this film, a story had to be invented. James Cameron, the writer-director, has used an old formula with a new twist. In the ocean-bottom wreckage of the ship—I assume the year is post-1985, when the salvage crews descended—a drawing is found of a nude young woman wearing a diamond pendant. The drawing is published in newspapers. A very old woman telephones the salvage ship to say that she is the girl in the drawing. She is flown to the ship and tells the crew her story.

She is played by Gloria Stuart, an American screen beauty of the 1930s, now completely winning. Her account is the film, through flashback, a tale of the girl’s engagement, arranged by her mother, to a very rich man whom she doesn’t greatly like, and of her encounter with a dashing young artist in steerage. The resulting triangle is collapsed by the iceberg, and eventually the mystery of the diamond pendant is resolved.

The dialogue and characters of the main story are completely predictable, presented with an air that we would want a predictable story because our interest is elsewhere—as it certainly is. We just need enough actors and plot to make the film possible. Kate Winslet as the young woman is so heavily made-up that her face seems lacquered into place. Leonardo DiCaprio as the artist is insubstantial, lightweight in every regard. Billy Zane, as the rich fiancé, at least gives some color to the slightly sadistic millionaire.

But with the ship, with its totality of people, Cameron is wizardly, creating an entire society threading through the various strata of a world that has been set afloat from the rest of the world. The editors, headed by Conrad Buff, are dextrous past dexterity, acute to pace and necessity in this long film. The really crucial element is an element—the sea, especially when it savagely invades the ship. Bursting through gaps in the hull, rushing down corridors, licking at rooms, triumphing over great ballrooms and tiny closets, down stairways and into elevators, the sea, in the hands of Cameron and his technical associates, becomes hungry, vindictive. The Atlantic seems enraged by the word “unsinkable.”

This article appeared in the January 5 and 12, 1998 issue of the magazine.