The late justice’s legacy is a towering monument to liberalism’s quest for equal rights. 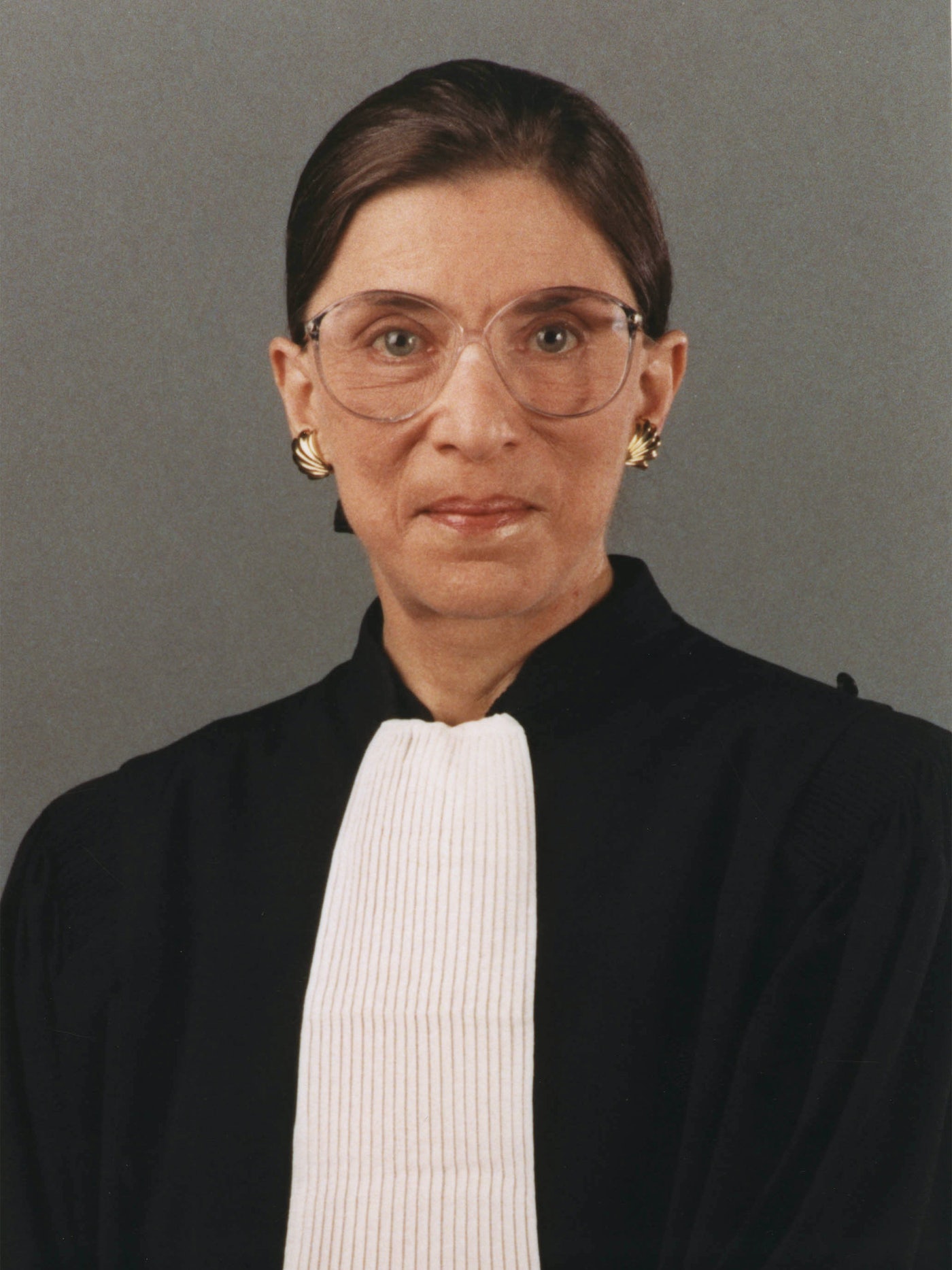 The first thing to say about Ruth Bader Ginsburg, whether you agreed with her jurisprudence or not, is that she was a mensch, a good person, full of compassion and empathy. Infused with honor and integrity, overflowing with wit and wisdom, she was never afraid to mix things up on behalf of the underdogs in American life. A little Jewish lady from Brooklyn who grows up to be Notorious RBG is an epic American story, right? She also was a powerful judge who appreciated those who helped her make her way and then paid it back by helping so many to make their own way as tribunes of the law.

On and off the Supreme Court, Ginsburg used her brilliant mind and judicious temperament to fight on behalf of women who were discriminated against, people of color whose votes were suppressed, employees abused by their bosses, gay and lesbian people punished by bigots, and defendants denied due process and equal protection. And, as Dahlia Lithwick points out, she did all this, especially in the last third of her life, after initially facing skepticism from women’s rights advocates who felt she was too conservative or incremental for their liking. Imagine that. America changed. She changed. And here we are.

That Ginsburg died of complications from cancer on the eve of Rosh Hashanah, the Jewish New Year, when the proverbial Book of Life is said to be opened, gives her remarkable life and sudden death a fitting coda. But it makes the loss no less sorrowful and stunning for those she leaves behind. A person who dies on Rosh Hashanah is a tzaddik, a person of great righteousness, tweeted the critic Ruth Franklin. Fitting, since Ginsburg was a person of faith who believed in the concept of tikkun olam, the act of healing the whole through the pursuit of justice. This will be one of the ways in which she will be remembered long after the firestorm her death causes burns itself out.

She stayed years too late, many felt, and now she’s gone months too early. The late Supreme Court Justice Antonin Scalia might have said so himself, were he still alive. Their famous friendship, which transcended bitter ideological divides, seems so quaint today. And so ironic. The political fight over Scalia’s seat in 2016 will directly influence the grim, looming fight over Ginsburg’s seat, meaning the two old friends and opera aficionados will forever be linked in history as examples of the raging division that marks our politics today. I suspect the fight over Ginsburg’s seat will make the 2016 fight over Scalia’s seat seem tame.

But there will be plenty of time to fight over politics. Plenty of time for hoary quotes from members of the Senate Judiciary Committee. Plenty of time to gauge the calculus of what this blow means for the future of reproductive rights. Today we should pause and realize that Ginsburg’s career was a landmark in the history of women in America. So many today are lawyers and judges and corporate counsel, so many have obtained political office, so many devote their lives to fighting discrimination in all its forms, because of the stirring example Ginsburg set. She was a trailblazer, an inspiration, just like Sandra Day O’Connor, her predecessor on the Court, who also overcame the rampant and overt gender discrimination that marked that era of American law.

But even if Ginsburg had not been nominated for the court by President Bill Clinton at age 60, after spending 13 years on a lower appeals court, even if she had not spent the better part of the past three decades fighting back against the court’s steady turn toward the right, history would remember Ginsburg as a profound figure in the history of gender discrimination law. As an advocate for the American Civil Liberties Union, she was a brilliant legal tactician and strategist, a lawyer who conceived and then articulated new constitutional concepts and doctrines that later found their way into the body of our laws. She did this in conference rooms and courthouses in hundreds of cases that, drop by drop, changed the way the law saw women and women saw the law. It is no overstatement to say that all of this made her an icon of the women’s rights movement.

I covered the Supreme Court from 1997 to 2018, through the good times for Justice Ginsburg, which were few and far between, and the bad times, which grew increasingly frequent as the court tacked ever rightward. Many say she became more liberal as the years went on. Maybe so. That’s not an uncommon theme in Supreme Court history. But it’s important to remember today that Ginsburg never sat on a court in which Democratic appointees outnumbered their Republican counterparts. She sat instead on a court that today is the most conservative it’s been in nearly a century.  So she was always in the minority in that sense, always fighting to try to lessen the harsh impact of the majority’s rule, always trying to make the law more fair and just for women and others.

I remember the soft, polite voice belying the steely mind. I remember the precision with which she bored in on lawyers during oral argument—she got to the point immediately, unlike some of her colleagues—but what strikes me today is what a good and dependable writer she was. In December 2000, amid the chaotic fallout from the presidential election, I remember seeking out and reading her dissent in Bush v. Gore, the decision that handed the election to George W. Bush. It was, in the heat of the moment, with all the cameras on, the best and fastest way to understand the sleight of hand the court’s Republican appointees pulled to put their man in the White House.

The same thing happened 13 years later. It was left to Ginsburg, by then clearly the leader of the court’s progressive wing, to expose the hypocrisy of the court’s conservatives in Shelby County v. Holder, their ruling gutting the Voting Rights Act, one of the most lamentable decisions in the history of the court. The issue in the case was a “preclearance” provision requiring local officials to have their voting laws vetted for racial discrimination by the Justice Department. “Throwing out preclearance when it has worked and is continuing to work to stop discriminatory changes is like throwing away your umbrella in a rainstorm because you are not getting wet,” she wrote. A perfect metaphor to shame the court’s majority.

If you want to understand and absorb what Ruth Bader Ginsburg meant to America, and to the law, and to women, and to the notion of tikkun olam, read her concurrence (and a transcript of the oral argument) in Safford Unified School District v. Redding, a 2009 case about the strip-search of a 13-year-old middle school girl. Read Ginsburg’s dissent in Ledbetter v. Goodyear Tire, the 2007 case about gender discrimination in the workplace that was so appalling it ultimately generated a federal law overturning it. Read these and realize that there were hundreds of other decisions, over decades, in which Ginsburg stood up righteously to the bullies in our midst. Notorious, indeed.