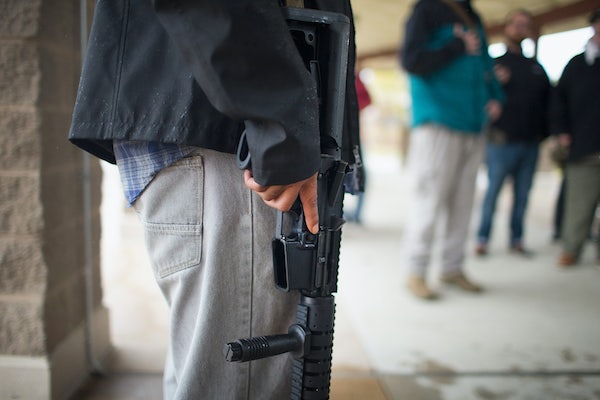 Mass shootings drive profits for gun producers and retailers, and despite the outcry about lax gun laws in the wake of our nation’s latest massacre, the tragedy in San Bernardino is proving no different. Reuters reports that “gun retailers are reporting surging sales, with customers saying they want to keep handguns and rifles at hand for self-defense in the event of another attack.” One customer told Reuters, “I just want to feel safe.”

Unfortunately, it isn’t clear that putting more guns into circulation actually makes society safer on the whole. Though researchers have long identified two trends—an overall drop in crime and a rise in gun ownership—that could point to the benefits of gun ownership, some meta-analytical studies have cast doubt on the “more guns, less crime” hypothesis.

A 2012 study of the impact of right-to-carry laws on crime conducted by Stanford and Johns Hopkins researchers found that “the most consistent, albeit not uniform, finding to emerge ... is that aggravated assault rises when RTC laws are adopted.” Also, that “for every other crime category, there is little or no indication of any consistent RTC impact on crime.” The Johns Hopkins Center for Gun Policy and Research has also called the “more guns, less crime” hypothesis into question, based on similar methodological concerns.

Everyone wants to be safe, and perhaps just as importantly, to feel safe. But whether increasing the number of guns in society actually achieves the former goal remains to be seen, even if it does achieve the latter.