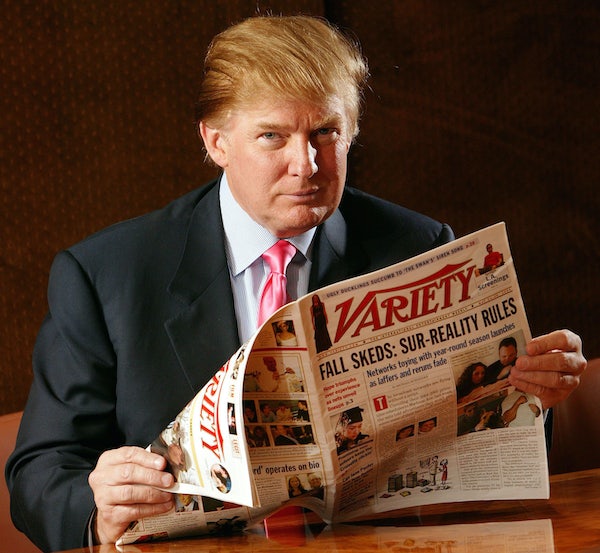 Arianna Huffington has finally decided that Donald Trump’s presidential campaign is pretty serious after all.

Huffington declared last night that The Huffington Post would no longer place coverage of Trump in the site’s “Entertainment” section. She was moved to do so by Trump’s call for banning all Muslim immigrants to America, which is definitely not funny-haha.

Huffington’s bold statement comes almost five months after her site’s previous bold statement on Trump. In July, distancing itself from the rest of the Trump-obsessed press, The Huffington Post said coverage of Trump’s campaign could be tagged as Entertainment because he was merely a “sideshow”—“We won’t take the bait.” But the site did take the bait, in that, like everyone else, it covered Trump like crazy. No social media strategy was sacrificed for the sake of principle.

Trump’s turn to fascism has presented Huffington with another opportunity to make a statement of principle, which is the opposite of the previous one. “So if Trump’s words and actions are racist, we’ll call them racist. If they’re sexist, we’ll call them sexist. We won’t shrink from the truth or be distracted by the showmanship,” she wrote on Monday. “By not calling out Trump’s campaign for what it is, many in the media, addicted to the ratings buzz he continues to deliver, have been legitimizing his ugly views.”