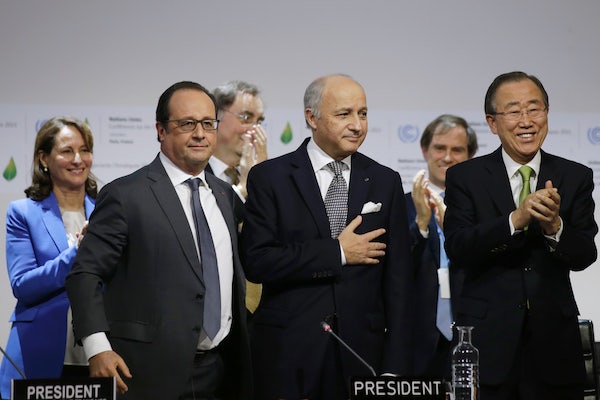 World leaders gathered in Paris are on the verge of a historic climate deal.

The final draft text was released at 1:30 p.m. Paris time. After breaking for a very French two-hour lunch, the parties are expected to reconvene to (hopefully) adopt the agreement.

You can follow all of our coverage the the Paris climate talks here.