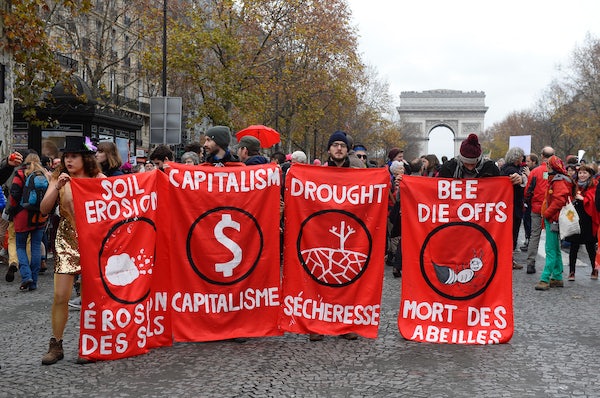 While politicians throw confetti, green groups are parsing the details of the climate agreement.

Not all activists see the final accepted text with the gloom and doom of some initial reactions. And though groups are far from satisfied, in many cases, measured optimism has overcome denunciation.

Friends of the Earth said leaders failed, but they do think failure could spur “people power and building upon the incredible work of front line movements all over the world,” a silver lining that will strengthen the movement. Avaaz said the deal was what the “world wants and the planet needs.”

According to Greenpeace International, parts of the agreement “were diluted and polluted,” and, as many others also noted, frontline and marginalized communities were not given adequate recognition—but the group added that the acknowledgment of a 1.5°C target could set history on a new course.

350.org was similarly heartened by progress made on warming targets. “Vulnerable countries fought hard for the goal of 1.5°C—one that’s more in line with justice and science. This wasn’t even on the table to begin with. It’s now in the agreement (well sort of), and even a recognition of it is great,” the group explained on its Paris liveblog. But they were disappointed that indigenous rights, women’s rights, and human rights did not figure prominently in the text.