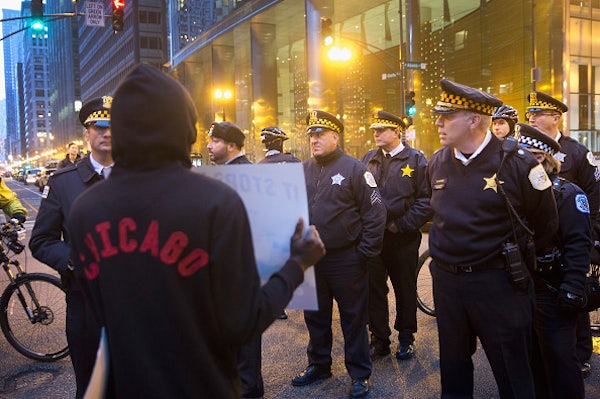 What does it take to get a police brutality conviction in Chicago?

Apparently, DNA evidence doesn’t cut it. On Monday morning, commander Glenn Evans was acquitted on nine counts of official misconduct and aggravated battery. In 2013, he had been accused of shoving a gun down the throat of 22-year-old Rickey Williams, holding a taser to Williams’s genitalia, and threatening to kill him. An internal investigation found Williams’s DNA on the barrel of Evans’s service weapon, but the judge determined that fact to be “of fleeting relevance or significance.”

The city is still on the line for a civil suit being brought by Williams’s family. If damages are awarded, it would add to the more than $520 million Chicago has paid out in police abuse settlements and related costs over the course of the last decade—$226,250 of which can reportedly be attributed to Evans, who has accumulated at least 50 civilian complaints, many for excessive force, according to the Chicago Tribune.

Evans’s is the first police brutality case to be decided amidst the Laquan McDonald scandal. But the heightened scrutiny doesn’t appear to have changed much.