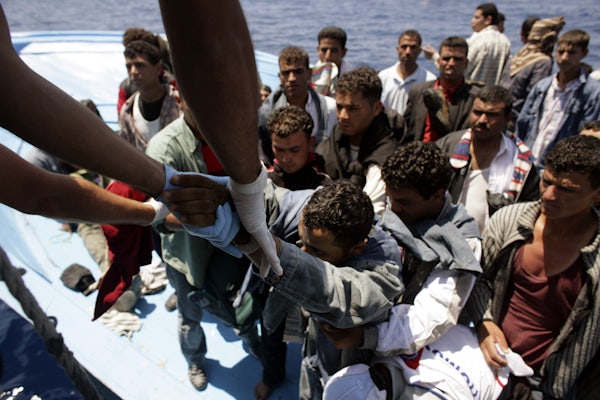 Smugglers have earned $1 billion from the migrant crisis this year.

The International Organization for Migration (IOM) today announced that over 1 million migrants have arrived in the European Union this year, which is between three and four times more people than in 2014. IOM spokesperson William Lacy Swing told Reuters that smugglers typically make “anywhere from $2,000 to maybe $6,000 depending on how many members of the family and depending on which smuggling ring it is.”

Last month, the New Republic spoke with a 38-year old Syrian man, known as the “King of the Shores,” who has built a large human smuggling operation in the ancient Turkish port of Izmir. Transporting between 30 to 50 people on a single raft, he reportedly charged $1,000 to $1,500 per person. He claimed to have six phones, on which he received 1,500 calls per day. In the past two years, he made more than $2 million.

When asked why he smuggled people into Europe despite the risks to their safety, he responded: