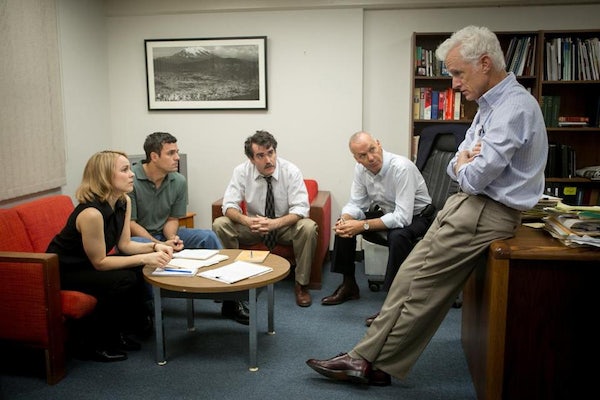 Spotlight, Carol, and The Big Short were all big losers at tonight’s Golden Globes.

Tonight certainly had its share of winners. The Revenant, having taken home Best Picture (Drama), Best Director, and Best Actor (Drama), will go into the Oscars as a heavy favorite. The Martian, which won for Best Picture and Best Actor in the Comedy category, was also triumphant (though I still wouldn’t expect a bevy of Oscars), while a bit of life was breathed into Steve Jobs.

This year’s Oscar field is crowded—there was no clear frontrunner until tonight. It will stay crowded after tonight, but it’s still notable that a number of the (slightly) smaller films that had raced ahead in the Oscar conversation were left in the dust. Spotlight may be the most notable snub, but Carol and The Big Short were leading the pack at Christmas time, along with The Revenant. Of course, all three would be unconventional choices for the Hollywood Foreign Press and, perhaps more importantly, Spotlight and The Big Short both rely on ensemble casts, which aren’t exactly award-friendly. But narrative matters in Oscar season, and the narrative just shifted toward muskets and bears.