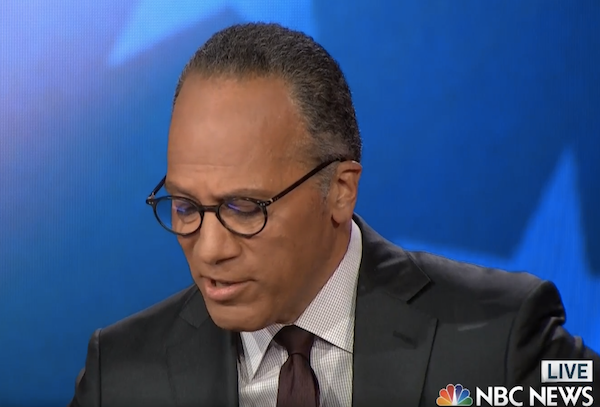 NBC could have asked Democratic candidates 1,000 smarter questions on climate change than this.

The Democratic base cares about climate change, so unlike at the GOP debates, networks have usually given Hillary Clinton, Bernie Sanders, and Martin O’Malley a throwaway question at debates. That’s not a reason to celebrate. It couldn’t be clearer on Sunday night that NBC considers it irrelevant.

The fourth debate, hosted by NBC and YouTube, gave only Sanders and O’Malley less than two minutes combined to answer a question, after playing a lengthy cartoon video that explained climate change. A debate moderator asked the candidates: If Americans love their SUVs, how do you change consumer behavior?

The framing of this question is clear intellectual laziness. There are real policy differences in the Democratic field that are important to tease out. At the very least, there is an interesting question to pose to the candidates about pursuing progress without a cooperative Congress.

“The debate is over: Climate change is real,” Sanders said. “We have a major party called the Republican Party that is so owned by the fossil fuel industry, they don’t even have the courage the decency to listen to the scientists.”

O’Malley challenged his fellow candidates to adopt his plan to pursue 100 percent clean energy-powered electricity by 2050. We didn’t get to hear Clinton’s answer, because the network cut to a commercial break.