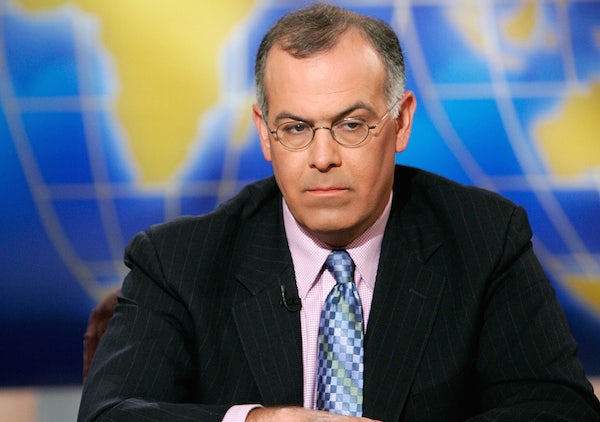 David Brooks can’t seriously believe a President Sanders would be as bad as a President Trump.

Anyone who watched Sanders at the CNN town hall last night would have to acknowledge that he is not an extremist, that his political beliefs lie squarely in the Western democratic tradition, that his policies come from a sincere and honorable place, which cannot be said of Trump and Ted Cruz, whose campaigns have been marked by cynicism and prejudice and “pagan brutalism,” as Brooks memorably put it himself. And yet Brooks, an increasingly lonely outpost of moderate conservative thought, has fallen into the classic trap of equating these three politicians in his latest column, merely because they diverge from the “center” of American politics.

Can we even describe American politics as a spectrum anymore? The center is a blank void, a space almost entirely vacated during the Obama years as the two parties went their separate ways. One party is caught up, in particular, in a heated debate over how how health care will look in the future, and particularly how to go about executing that change. The other is being overtaken by a nativist base that has no stomach for policy and clearly appalls Republican thinkers like Brooks. Brooks’s comparison would hold, maybe, if the two parties were equally nutty—but they’re not, and that seems to be the part he can’t accept.