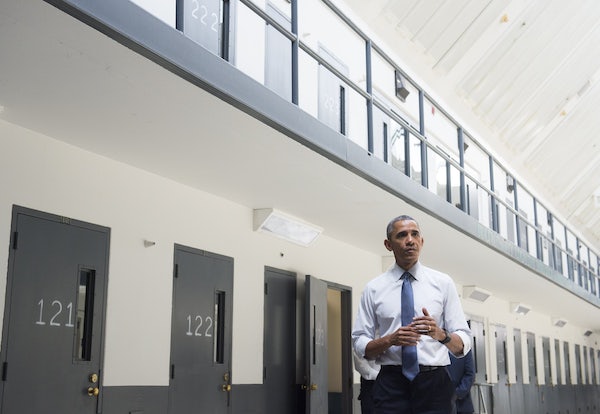 In the first paragraphs of his Monday op-ed in The Washington Post declaring his intention to adopt new Department of Justice recommendations on solitary confinement, President Obama brought Kalief Browder’s name into the light. Two New Yorker reports—one in 2014 about Browder’s case and another last June about his suicide at the age of 22—first introduced many to the Bronx boy sent to Rikers at 16 for allegedly stealing a backpack. He spent more than 1,000 days there without trial that forever changed him, leading to his suicide less than two years after his release. Solitary confinement, the president wrote, is “increasingly overused on people such as Kalief, with heartbreaking results.”

Noting the devastating psychological impact of solitary confinement and the ideal that inmates be set up to become productive in society upon release, the president announced new executive actions banning solitary confinement for juveniles, expanding treatment for the mentally ill, and increasing the amount of time inmates in solitary can spend outside of their cells. Per the Post, the new rules also dictate that the maximum time that a prisoner can be punished with solitary confinement for a first offense is 60 days. The current limit is 365 days.

Obama also renewed calls for comprehensive criminal justice reform, which seems unlikely even with some Republicans advocating for similar measures. But the president’s action here just might help save the next Kalief. At the very least, he’s made those kids more visible.