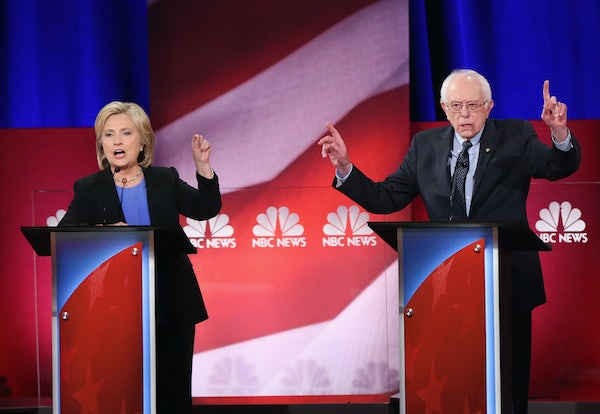 Moderators have run out of excuses not to ask about climate change in the presidential debate.

The climate discussion in both the Democratic and Republican debates has been a disappointment, especially considering that both Hillary Clinton and Bernie Sanders have been keen to address the issue. The networks have blown the chance to have an interesting, nuanced debate on climate in favor of sillier questions that probe the candidates’ belief in science.

Fortunately for Gwen Ifill and Judy Woodruff, who will be moderating PBS’s Democratic debate Thursday, that means there is no shortage of interesting questions to ask. They even have a fresh news hook to focus the debate: On Tuesday, the Supreme Court made the unusual decision to halt President Barack Obama’s Clean Power Plan as lawsuits make their way through a lower court. The CPP is key not just to the U.S.’s plans to cut carbon emissions, but to the world’s effort to tackle climate change; the worry is the whole Paris climate change deal reached in December will unravel if the U.S. doesn’t deliver. Ifill and Woodruff could ask Sanders and Clinton how they’d approach damage control if SCOTUS throws out the plan or demands an overhaul.

Or, the moderators could ask Clinton about her relatively new position on banning extraction of fossil fuels on public lands. Mother Jones surveyed experts who offered plenty of other smart questions.