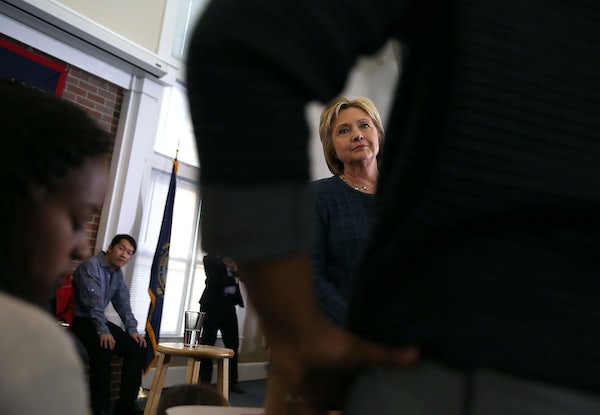 Will Hillary Clinton attack Bernie Sanders from the right or the left (or both, or not at all!) at tonight’s Democratic debate?

While Clinton’s tendency to play the political equivalent of prevent defense often underwhelms, she’s at her best, as my colleague Ryu Spaeth noted earlier today, when campaigning from behind. Her concession speech after New Hampshire’s primary loss, for instance, was a fiery case for her candidacy, and we might see her in inspired form tonight.

But Clinton’s instincts—and, more importantly, her advisers’ instincts—may be her undoing. Her attacks on Bernie Sanders from the right, particularly her skeezy assault on single payer health care, have severely damaged her standing among progressives. Her attacks from the left have been better, particularly on Sanders’s record on gun control, but they haven’t been particularly effective. And at times it seems as if she can’t decide whether to attack at all, like when she cozies up to Sanders in an apparent attempt to ingratiate herself with his supporters.

Tonight, we may see a more positive Clinton: someone closer to the impassioned speaker we got a glimpse of on Tuesday night. Or we may see her stepping up her campaign’s increasingly bitter attacks on her opponent. The biggest question is if we’ll see a new side of a candidate who is suddenly in the fight of her life.