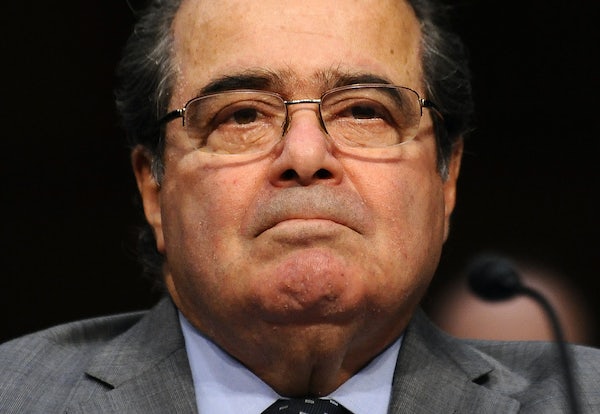 What does Justice Scalia’s death mean for the Supreme Court?

Supreme Court nominees are especially likely to be rejected for partisan reasons at the end of a lame-duck presidency. According to the Congressional Research Service, “Opposition to the nominating President played a role in at least 16 of the 34 nominations that were not confirmed. Many of the 16 were put forward by Presidents in the last year of their presidency—seven occurred after a successor President had been elected, but before the transfer of power to the new administration.”

The concept of originalism certainly existed long before Scalia became its most familiar practitioner. But Scalia played a pivotal intellectual role in refining the concept. Shortly before his Supreme Court nomination, Scalia delivered a major address calling on originalists to relocate their fundamental inquiry. Rather than searching for the “original intent” of constitutional Framers, Scalia insisted, originalists should search for the Constitution’s “original meaning” for the public.

Although Scalia’s “reactionary jurisprudence has made him a polarizing figure,” Jeet Heer wrote last year, “the pungency of his writing is widely admired,” placing him in the tradition of Benjamin Cardozo, Oliver Wendell Holmes, and Robert Jackson.

A haughty conservative who feels that Americans have abandoned the truths of the Founding Father, Scalia uses his decisions to give vent to invective that is completely injudicious. His eagerness to score points against his fellow judges might be politically dunderheaded since it has alienated potential allies in the court but it energizes his prose with rage.