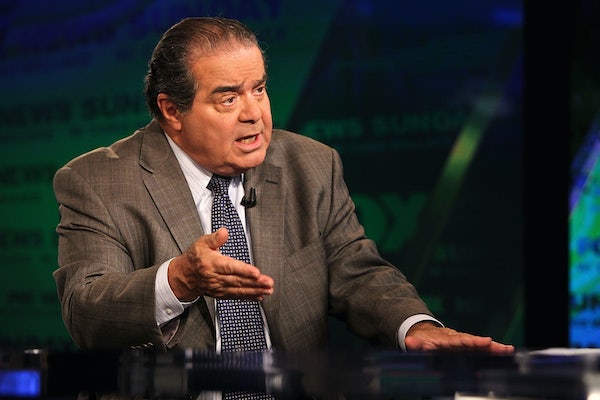 Senate Republicans are starting to walk back their initial SCOTUS freak-out.

They quickly lined up behind Majority Leader Mitch McConnell’s declaration on Saturday to block any of President Barack Obama’s Supreme Court nominations. Iowa Senator Chuck Grassley, chair of the Senate Judiciary Committee, claimed that “it’s been standard practice over the last 80 years to not confirm Supreme Court nominees during a presidential election year.”

But this hasty reaction to declare Obama’s choice dead on arrival carries high risks in an election year. Voters may fault the GOP for keeping the SCOTUS seat empty. Now, some Republicans appear to be considering a more measured approach: Allow Obama to make a nomination, then reject the nominee (whoever he or she is).

Grassley, who is up for reelection this year, offered a more even-handed response on Tuesday. “I would wait until the nominee is made before I would make any decisions,” he said, according to Radio Iowa. “In other words, take it a step at a time.” He did still insist that the position should be filled by the next president.

North Carolina Senator Thom Tillis laid out the motivation behind Grassley’s new line in clearer terms in a radio interview caught by ThinkProgress. “I think we fall into the trap if just simply say sight unseen, we fall into the trap of being obstructionists,” Tillis said. “If he puts forth someone that we think is in the mold of President Obama’s vision for America, then we’ll use every device available to block that nomination.”